American farmers managing land and people far away from home: the on-the-ground realities of the soy boom in Brazil 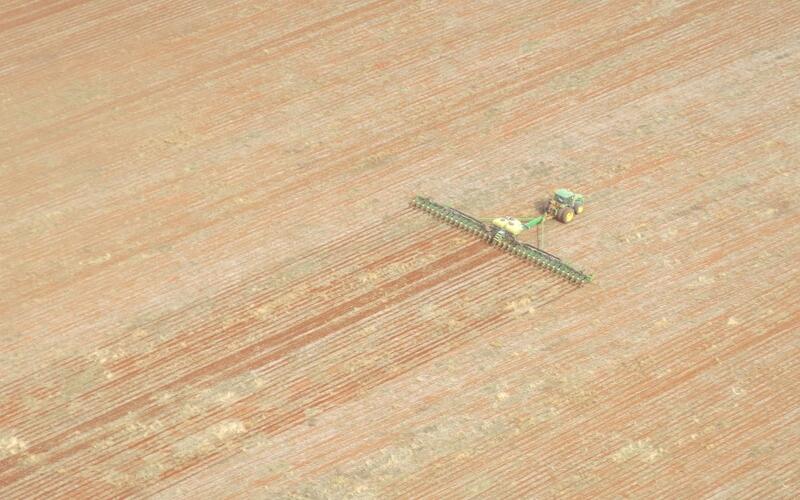 In the middle of Brazil, an American farm worker is driving a tractor made by an Illinois company on a soy field that is owned by a farmer from Illinois. Similar scenes are unfolding all over the Cerrado savanna where the recent soy boom is attracting a growing influx of international farmers. Who are these transnational soy farmers? Why are they here? How do they engage with the Brazilian soils? With his agronomy degree, Andrew Ofstehage had once planned to take over his family’s farm. Instead, his interest in learning why and how people are farming led him to Brazil. He used ethnographic methods - scientific approaches to describe human cultures - to find out what the on-the-ground reality of American farmers operating in Brazil looks like and the values they bring with them.

Studying agronomy in his home state of South Dakota, Ofstehage found himself uninterested in the type of prescriptive farming that uses conventional methods, such as the use of chemical fertilizers to enhance crop yields in monocultures. Instead, his inquiries about farmers’ skills and values led him to different parts of the world: he studied alternative farming approaches in West Africa, FairTrade coffee in Peru, and Quinoa marketing in Bolivia.

For his research in Brazil, Ofstehage interviewed farmers, observed farming practices, and analyzed soil and infrastructural data. His goal was to understand the everyday practices and ethics of the large-scale landowners. His interviews revealed an unexpected trend: none of them were living on the farms they were managing. Some lived in the city, some back home in Illinois. Not only did this complicate his task of observing farmers. It also revealed how little time the American farmers actually spent on the ground. As a result, Ofstehage often conducted interviews on Skype, getting additional information from newspaper articles and websites the farmers had created to showcase their businesses.

A trained farmer himself, Ofstehage often found himself using his agronomic background when he was evaluating farmers and their decision making. Speaking with them as one farmer to another also helped him relate to the North American farmers. Ofstehage found that these transnational farmers created several narratives about themselves and their roles in Brazil. While soils in the U.S. are relatively fertile, most soils in the Brazilian Cerrado are depleted of nutrients. By adopting a discourse of improving the existing “wasteland” through soil care, North American farmers seemed to justify their presence in Brazil. Similarly, a narrative emerged of improving existing farmland rather than converting valuable forests, as the media widely reports Brazilian farmers are doing. “They don’t want to be seen as the bad guys by investors and friends back home,” reflects Ofstehage. Transnational farmers also differentiated themselves by “being the better accountants”. In Brazil, land tends to exchange hands through barter. A hundred acres of land might be sold for 500 sacks of soy, which was seen as a backward practice in the eyes of many North American farmers. In line with these narratives, the transnational farmers have become mainly managers of farm workers and investors.

The agribusiness model practiced by these American farmers in Brazil feels far removed from stewarding land and growing food. The transnational farmers tended to have very few ties to the land they managed. Rather, they might engage in land speculation and repeatedly move to new plots of land or invest profits into their family farms back home in the U.S. Farm land and farm workers seemed replaceable. Ofstehage believes that this is the direction that farming is moving around the world. His upcoming book, called “Welcome to Soylandia!,” will give readers a glimpse into the on-the-ground realities of the farmers behind the soy boom, and show how the business and farming practices of Brazil might become templates for the rest of the world.