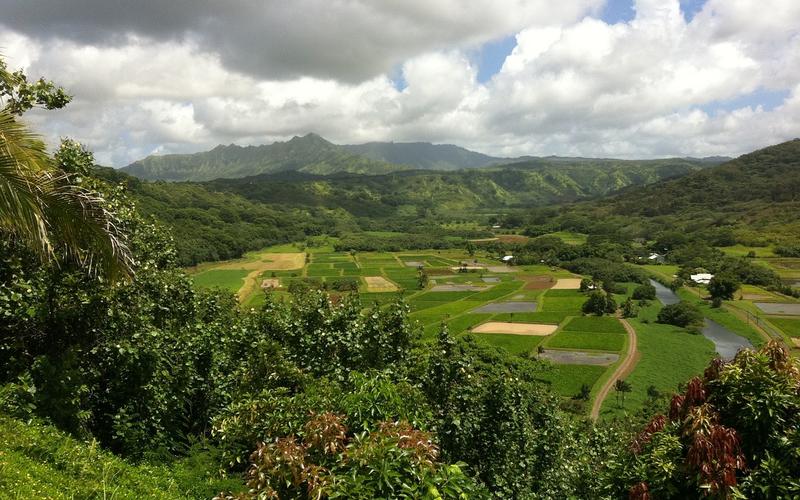 In Hawaiian, aloha ‘āina can translate to “love of the land,” which speaks to the reciprocity between people and land. This ethic is core to Hawaiian culture, livelihoods, and spirituality. With no separation between people and the earth, a Hawaiian person’s identity is quite literally in the land itself.

Natalie Kurashima has been tracing that exact legacy and connection – which she refers to as her genealogical relationship to the land – in order to identify what makes her Hawaiian. Earning her bachelor’s degree at the University of California Berkeley and master’s and doctorate degrees at the University of Hawaiʻi, Natalie has spent the past decade exploring historical, environmental, and climatic data to map where Native Hawaiians farmed before the onset of Western colonization of the islands in 1777.

In a groundbreaking 2019 article published in Nature Sustainability, Natalie and her colleagues found that Native Hawaiians were self-sufficient in pre-colonial times. They estimated that only six percent of Hawaiʻi’s land was used to produce over a million metric tons of food. That amount could have fed the more than one million Hawaiians estimated to have been living on the islands at that time. Using indigenous agriculture systems on this same amount of land today could feed 86 percent of Hawaiʻi’s current population of 1.4 million people. Indigenous Hawaiian agriculture systems, which include irrigated ponds called lo’i and agroforestry systems in Hawaiʻi’s rainfed valleys, could also survive under three projected climate change scenarios and changes in land use.

These astonishing conclusions assert Hawaiʻi’s potential for self-sufficiency in a world that consistently downplays the contributions of traditional farming and the independence of small islands and states. Natalie’s efforts were meant to challenge these notions.

Natalie countered these long-standing doubts for Hawai’i’s self-sufficiency, citing the example of the Hōkūleʻa, a traditional Hawaiian voyaging canoe, which was pivotal in restoring Hawaiian cultural practices. In the mid 1900’s, outsiders believed that Hawaiians could not have possibly used the stars to navigate to Hawaiʻi, rather, they must have simply floated there.

Hawaiians proved this wrong. In the 1970s, Hōkūleʻa was built, and made its first voyage from Hawaiʻi to Tahiti, in part catalyzing the Hawaiian cultural renaissance. In the past year, Hawaiians have circumnavigated the world. Natalie says that this paper was also trying to do what was said could not be done: achieve agricultural self-sufficiency.

Because Hawaiʻi’s economy does not revolve around agriculture as it once had, Natalie acknowledges that there are multiple challenges to carrying out indigenous practices on a broad scale. However, she is certain that it speaks to Hawaiʻi’s potential. Her research illustrates that in the past Hawaiians not only survived but thrived by respectfully using their natural resources. These practices and principles can help Hawaiʻi prepare for the future, especially since climate change is already shifting systems on the islands.

Now, as a natural and cultural resources manager at Kamehameha Schools, Natalie’s work involves restoring agricultural and cultural sites in Hawaiʻi to show how these systems may have functioned in pre-colonial times, and how they can continue functioning today. Natalie’s work inspires those of us with connections to land to reach deeper into our histories. It also challenges those without these relationships to imagine what an intimate, reciprocal relationship could mean for self-sufficient and sustainable societies.