Working from the outside in 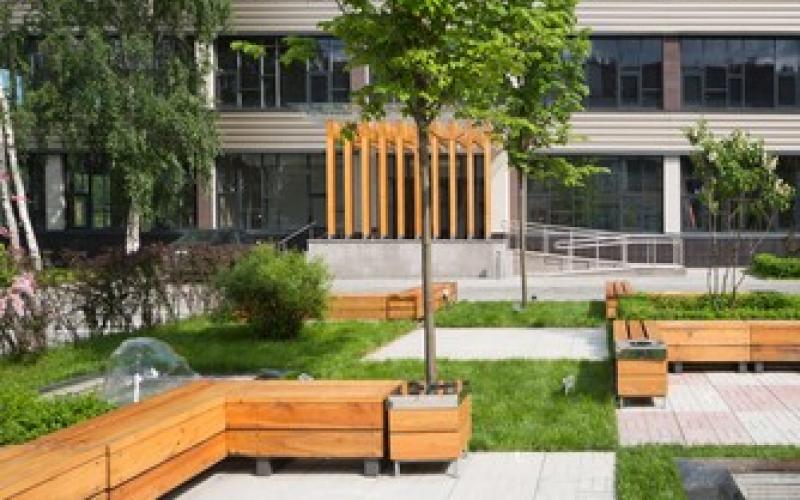 Employee well-being and happiness may be bolstered by free coffee in the break room and comfortable desk chairs. However, the areas outside of the office deserve some added attention, as employees have less stress and more positive attitudes about work when they are able to see or physically access outdoor environments during the workday. The biophilia hypothesis, first introduced by conservation scientist E.O. Wilson, suggests an inherent affinity toward natural environments and other forms of life within people. The application of biophilia is seen in various forms of design that attempts to replicate natural elements, to create familiarity, symmetry, and patterns that people recognize with appeal.

In an article published in Landscape and Urban Planning, researchers from the University of Copenhagen and the Swedish University of Agricultural Sciences, teamed up to better understand the benefits of green environments in the workplace. Their survey, completed by 439 randomly selected individuals in Sweden, measured a variety of workplace factors: accessibility to trees, shrubs, flowers and other vegetation near the office; the frequency with which employees took breaks; and the degree to which a workplace was considered pleasant. The researchers also inquired frequency of experienced irritation, fatigue, or stress among respondents to gauge overall employee well-being.

Gender was also found to play an important role in determining the impact of workplace greenery on employee attitudes and stress. While access to these environments reduced stress in male respondents by up to 10%, the same could not be said for females. The researchers suggest that this discrepancy may stem from the fact that females' stress levels at work depend largely on their workplace attitudes—a link not found in men. Additionally, previous research found that women go outside less frequently during the workday.

These results build on a concerning trend of long hours and few breaks in the modern workplace. Either for reasons related to workload or perceived workplace culture, a majority of office workers do not take breaks to spend time outside. However, the study suggests that current behavior may do more harm than good. Given that nearly 60% of lost workdays are caused by stress-related factors, greater access to green environments may reduce employee absenteeism and drastically boost a company's bottom line.

Developing access to, and encouraging the use of, green outdoor environments may be a critical task for managers, city planners, and architects in implementing ways to reduce stress levels amongst employees while stimulating positive work attitudes. Although more research is necessary to understand the types of green environments most conducive to stress reduction, biophilic elements such as workplace greenery should be considered as a component in the office design process.


Corey Johnson is a student at the Yale School of Forestry & Environmental Studies, pursuing his masters degree in Environmental Management. Mr. Johnson is a guest writer, as part of the Green Buildings course (Fall 2013) at FES.