Wildlife in the Red: What does being on the Red List really mean? 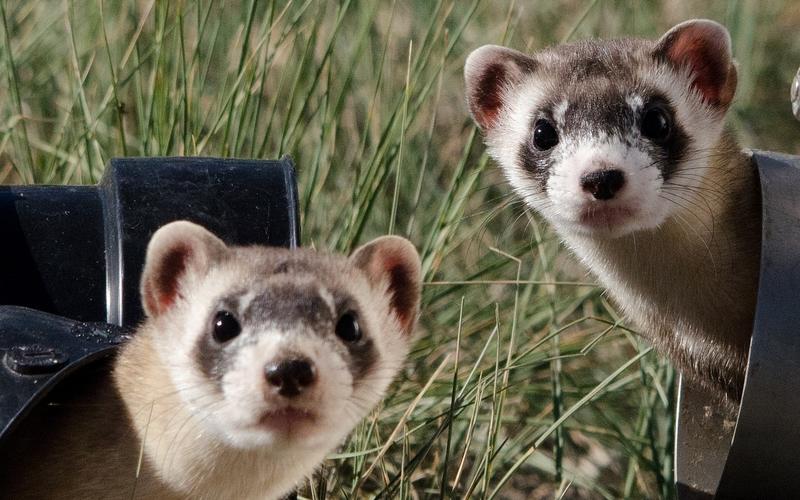 What do blue whales and Bactrian camels have in common with black-footed ferrets? They can all be found on the Red List of Threatened Species. The International Union for the Conservation of Nature’s (IUCN) Red List was created in 1964 through a collaboration of worldwide government agencies, conservation organizations, universities, museums, and other members. The IUCN and collaborating scientists carefully assess the size and stability of a species’ populations and habitat to categorize it by risk of extinction. Categories span a continuum from “Least Concern” for abundant and thriving species to “Critically Endangered” for those that are likely to disappear in the near future. Highly trusted by scientists and policy makers worldwide, the Red List informs major species conservation policies and decisions.

For over 50 years, the Red List has grown as researchers all over the world learn more about Earth’s animals, plants, and fungi – many of which are disappearing. Habitat loss, introduction of foreign species and diseases, and overhunting are causing widespread species decline.  Without conservation intervention, many species might eventually vanish altogether. With such extinction crises happening all over the globe, having an international system of risk assessment is vital for planning how to delegate conservation efforts and resources.

Considering the IUCN Red List’s universal influence, a group of scientists decided that it was past time for someone to explore whether the List has really served its purpose and if it makes sense to continue using it as a standard for conservation.

Leading conservation scientists have lauded the Red List as one of the central tools in conservation, but little research has been done to test if the list is making a difference for species in extinction risk categories. To clear up some of this uncertainty, a 2019 article in Conservation Biology describes a method of testing the impacts of the Red List. The authors wanted to know if inclusion on the IUCN Red List led to an increase in scientific knowledge, raised awareness, better access to funding for research and conservation, and improved conservation efforts for that species.

Luckily for the whales and ferrets, the study concluded that the IUCN Red List is helping. Researchers are more likely to study and share data about listed species. Media outlets, zoos, and aquariums, share this research with the public and emphasize the importance of conservation. Researchers and conservation organizations use endangered listings to strengthen their petitions for funding. Managers can use these added resources for targeted efforts with greater benefits for the species at risk.

When species are in danger, the authority of the Red List does make people see them differently and improves their chance of survival. That’s good news for the IUCN and all researchers and policy makers that rely on the Red List. Species across the world are still at risk of extinction, but conservation tools like this help dedicated people make a difference.