Who should be in charge of greening our cities? 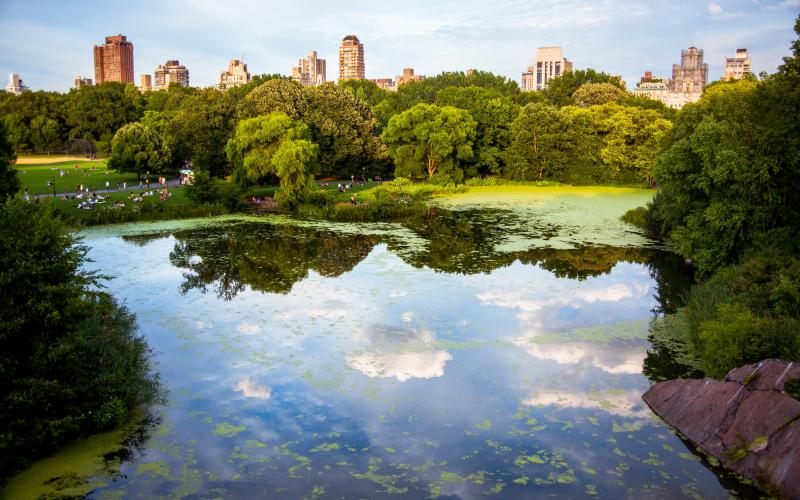 Which view would you prefer outside your living room window? One full of concrete, bricks, roofs, and walls, or one that is green, vibrant, and natural? Green infrastructure is any type of green space, including parks, trees, lawns, or gardens. These features do not just create beautiful views, but also provide places for outdoor recreation, stormwater management, and improved air quality. To harness these benefits, city planners are focusing on planting trees and creating parks. Now cities are asking, what is the best method for maximizing the amount of green space in cities?

In many cases the government, non-governmental organizations (NGOs), and developers all play a role in creating green infrastructure. Governments can mandate minimum amounts of green space on lots or streets, and NGOs can provide tree planting services to residents. However, it is often developers (companies that design and build properties) who decide how much of your living room view is concrete or green. They base their design decisions on a development appraisal, which is an estimation of the profit associated with a project. Developers will only add green infrastructure to a property if it makes the project more profitable.

Are developers the best people to be responsible for increasing the amount of green infrastructure in cities? Previous studies have shown that citizens prefer greener development, and they are willing to pay more for it. If residents are willing to pay more, developers could add green infrastructure and charge higher rates for apartments. This suggests that more green space equals more profit, but is this true?

A new study by Wild et al. published in Environmental Research addresses this question by comparing designs for a hypothetical property in Sheffield, UK. The first design for the property, called “Streets,” consisted of medium-height apartment buildings that covered the majority of the property, with small amounts of green space. The second design, “Parks,” had the same number of apartment units, but in the form of two tall and narrow buildings. Since these towers had a smaller footprint, “Parks” had considerably more green infrastructure than the “Streets” design.

After determining the costs and income of each design, researchers found that both the costs of construction and the income from rent were higher in “Parks” than in “Streets.” This means that building a property with more green space is more expensive to construct, but makes more money from higher rent prices. However, the overall result was that the costs increased more than the incomes, making “Parks” less profitable than “Streets.” While residents were willing to pay more for properties with higher proportions of green infrastructure, the increased costs of this type of development outweighed the higher monthly rents. In this scenario, developers would choose to build the design with less green infrastructure.

These results show that adding green infrastructure to a project does not always make it more profitable to developers. This suggests that private developers should not be fully relied upon to maximize green space in a city. Instead, the results highlight the important role for government, non-profits, or NGOs in delivering this benefit for the common good. Professionals in some of these organizations think beyond the economics to see all the other benefits green spaces provide. They understand that green infrastructure provides residents with places to walk their dog or play with children, places that don’t flood during storms, and places to take a breath of fresh air. Thinking beyond the economics allows these organizations to prioritize green infrastructure and provide the most benefits to society.

The decision of where trees and parks are put in cities is an important one. Ultimately, the government, NGOs, and developers all have the ability to increase green infrastructure. While developers should not be the sole provider, government and NGOs should work with private companies to incentivize the inclusion of green infrastructure in their designs. This study demonstrates the importance of carefully analyzing the decision-making process surrounding property design – it could make all the difference when you look out your front window.