When Disaster Looms, Take a Hard Look at Soft Mitigation 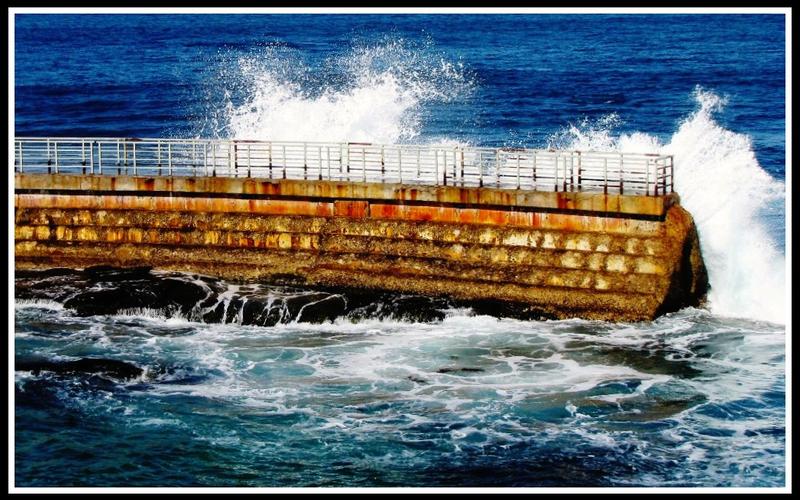 Taro, a small town on Japan’s east coast, is no stranger to tsunamis. Local wisdom states that a resident of the town will endure a tsunami twice in their lifetime. Despite this cultural awareness, everyone was caught off guard when the town was devastated by a tsunami in 2011. Upon hearing signals from an early alert system, most residents declined to evacuate because they thought the city’s massive sea wall—34 feet tall at its highest point—would protect them. It didn’t. Ultimately, the tsunami left over 180 people dead, and destroyed over 1,500 homes.

Sea walls and levees can create a false sense of security about the dangers of coastal flooding, leading to catastrophic consequences when the sea wall is eventually overtopped. A recent publication in Nature Sustainability used a digital model of Taro, Japan, to study the effects of different disaster mitigation strategies. The researchers found that disaster preparedness and education did as much to prevent loss of life during tsunamis as massive sea walls.

Sea walls, along with other concrete infrastructure, all fall under the term ‘hard adaptation.’ Hard adaptation can protect coastal areas from smaller storm and tsunami events. However, a population accustomed to the relative safety of a sea wall may become complacent in their relative safety. This complacency can lead communities to neglect developing effective evacuation infrastructure—a necessity for when a large tsunami finally comes. The research found that hard infrastructure can have the maladaptive effect of increasing the vulnerability it is intended to reduce.

The digital model made by researchers showed that increasing awareness of hazards, through initiatives like evacuation planning and community preparedness, can be more effective than concrete walls at reducing vulnerability. Planners refer to these investments as ‘soft adaptation.’ Soft adaptation works by keeping the possibilities of a disaster at the forefront of resident’s mind. Strategies like evacuation route planning and minimizing development in the most vulnerable areas work to prevent loss of life, without any of the potential maladaptation of sea walls and other hard adaptations.

Looking forward, the likelihood of extreme weather events is increasing due to climate change. This increase in storm intensity means that sea walls built previously, based on climate models that didn’t account for climate change or sea level rise, may be especially unsuited to cope with storms in the years to come. Rather than building taller walls, the new research suggests that towns protected by older sea walls should augment their existing infrastructure with soft adaptation strategies.

The problem isn’t just with the hard infrastructure built previously, however. Across the globe, from Japan to the Connecticut coast, the threat of climate change is accelerating the construction of sea walls to protect real estate development. While well-intentioned, this strategy can ultimately cause greater harm, because it claims to protect development in impossible to protect areas. The message in the research is clear: in the long run, no sea wall is going to save you. Residents in coastal zones may be better served by soft adaptation strategies—discouraging irresponsible development and educating residents in disaster preparedness.

Hard and soft adaptation, of course, aren’t mutually exclusive. Every sea wall project can be supplemented by education campaigns and outreach. Still, this new research suggests that our communities may be better off taking a hard look at soft, socially-focused adaptation.

Back in Taro, a hotel damaged in 2011 is being repurposed as a disaster education center. The bottom two floors, totally gutted by flooding, will not be rebuilt. This architecture perfectly illustrates the twin goals of soft adaptation: keeping the previous disaster present in residents’ minds,s while preparing together to reduce the damage from the next one.