What is happening with the bees? 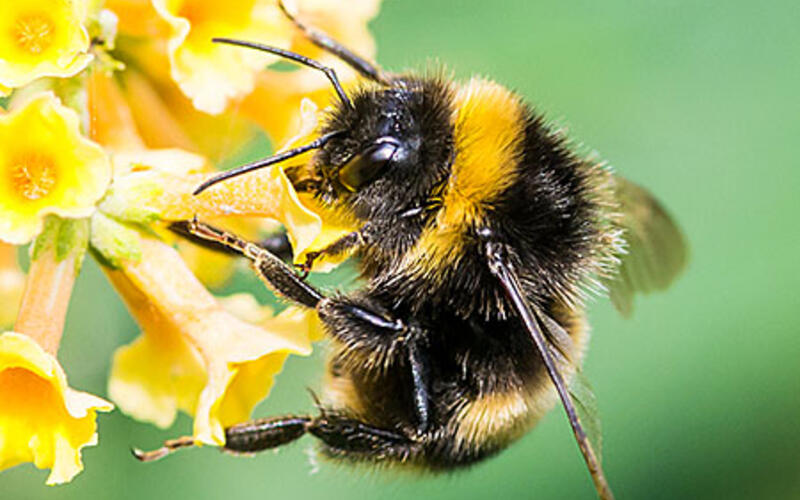 Bees and other pollinators are vital to sustain our crops, fruits, and vegetables, providing services worth roughly $215 billion to the global agricultural industry. But over the last few decades the number of bee colonies and diversity of wild pollinators, for instance bumblebees, has dropped dramatically, raising dire concerns about the future of pollination. In order to address the decline of pollinators, and how it might affect the entire global food system, researchers are trying to understand why it is happening.

In an article published in Science, a team of researchers, led by Dave Goulson of the University of Sussex, shed light on the main drivers of pollinator population decline. In their paper, theycondense the results from 170 articles into a comprehensive review on the main factors that endanger pollinators around the world. And they describe possible solutions to protect and promote pollinator insects in agricultural and urban areas.

Several factors cause pollinators decline; most of them are driven by human activity. In order to improve the pollination in the crops, farmers bring colonies of honeybees or bumblebees to their farms. This market for pollinator insects has increased international shipments, increasing the number of new diseases and parasites, which attack native pollinators in the host country. Perhaps the most well-known factor impacting populations is pesticides. Insecticides are especially damaging, and fungicides might also harm honeybees and bumblebees. While fungicides are not supposed to harm insects, the chemicals can have harmful effects on pollinators. According to scientists, even a small amount of exposure to fungicides over a period of time can negatively impact the pollinators' detoxification systems. Consequently, this makes the insects weak and vulnerable to parasites and diseases.

Similarly, urban and single-crop agricultural landscapes damage pollinator population growth. These landscapes reduce plant diversity, eliminate undisturbed land areas for nesting, and limit access between natural habitats. The combination of degraded environments and climate change creates a potential crisis of pollination that should be addressed with practices that strengthen these habitats. Planting wildflowers and increasing the diversity of plants can improve the diets of bees and bumblebees. Additionally, creating diverse habitats with abundant areas to nest, such as hollows in trees, and diverse food sources support the growth of the colonies.

The extent to which this change in pollinator colonies affects agriculture is still unclear. It is clear, however, that the damage necessitates a wide range of solutions. It's important to use pest management techniques that promote diversity instead of pesticides that indiscriminately affect pollinators. Governments can also enforce regulations that monitor the import of insects. Further, scientists can support the development of systems to monitor population abundance and distribution. This article shows that interactions between negative factors can combine to create even bigger impacts. While the researchers focused on pollinators, the lessons about the interactions of factors can give new perspectives to conduct further studies on agricultural systems and their beneficial insects.