Wakes in the waves – why do dolphins and whales attend to their dead? 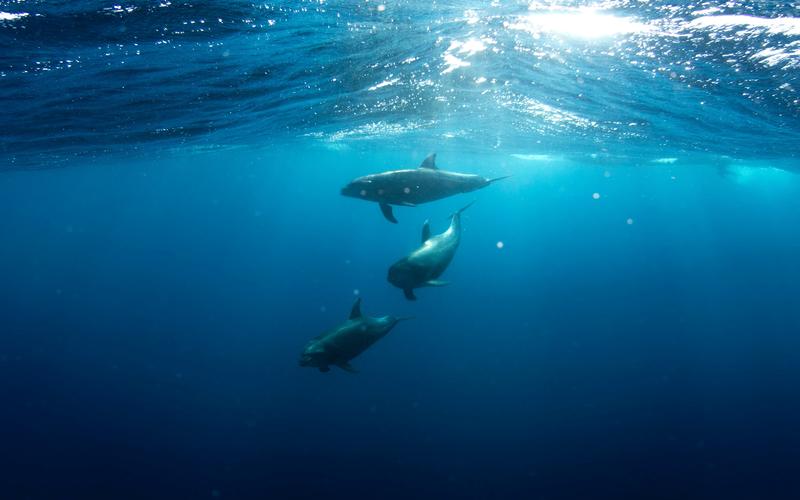 Dolphins and whales (also known as cetaceans) are known for their intelligence, their cognitive abilities and their social interactions, which sometimes bear striking resemblances to human behaviors. One intriguing aspect of their behavior is the interest and attention they display towards their dead. These behavioral responses, called ‘postmortem attentive behavior,’ offer profound insight into these animals’ psychology, physiology and social behaviors. While on land there are many well-documented observations of elephants and primates attending to their dead, this phenomenon is less studied in the marine environment among cetaceans. How do dolphins and whales behave towards their dead companions? Why do they do so? Do they understand death, and even grieve for their dead?

These are some of the questions investigated in a recent study published in Zoology led by Dr. Giovanni Bearzi from Dolphin Biology Conservation. Since observations of dead cetacean individuals in the field are uncommon, the team of researchers had to rely on historical data. Using a specialist search engine, they investigated available literature on 88 species of wild dolphins and whales for field descriptions of postmortem attentive behavior between 1970 and 2016. Through a comprehensive analysis of 78 such records, the team compared the occurrence of dead-attending behavior across species, age and sex, and analyzed the behavioral patterns in these incidents.

Bearzi and his team found records of 20 cetacean species that attend to their dead, the vast majority of which are humpback and bottlenose dolphins. The rest are closely related whale species, such as beluga. This can possibly be explained by the ‘social brain’ hypothesis. Social animals possibly evolve extra brain mass beyond what is needed for basic bodily functions, to manage the complexity of social life. Indeed, the researchers found that cetacean species with larger relative brain sizes are more likely to attend to their dead.

Cetacean behavior is also affected by age and sex. For example, female adults are often observed attending dead calves, which likely indicates the strong parental bond between mother and offspring. On the other hand, male adults are seen attending to dead adults. They sometimes show sexual interest or even engage in sexual behavior, but the researchers believe these are stress-induced responses or expressions of dominance with no reproductive purpose.

Does this mean dolphins and whales grieve for their dead, just as humans do? In some observations, the dolphins maintained constant physical contact with dead individuals. They swam around the dead body, sometimes nudging and attempting to push it underwater. If observers approached the scene too closely, they would even carry the carcass away, as if reluctant to let go. These can be signs of emotional stress resulting from the breaking of social and familial bonds. While the authors are cautious against interpreting this behavior as a form of grieving, it resembles the behavior observed in some land mammals towards their dead offspring and companions.

Attentive behavior towards unresponsive individuals can also be explained in terms of survival adaptations. During social interactions, individual cetaceans, especially young offspring, can sometimes become unconscious. By staying around and carrying the unresponsive individual to the surface, the attending companion protects them from predators and allows them to breathe and recover. Sympathetic and altruistic acts such as these are an important component of the social lives of many dolphin species.

To bring together these various aspects of postmortem attentive behavior, Bearzi and his team propose three phases of cetacean responses around their dead. First, the attendant animal still considers the unresponsive individual potentially rescue-able, and therefore becomes protective around the deceased. Later, it recognizes the finality of death but is unable to accept it emotionally. In the final phase, the attendant eventually abandons the carcass, either because it has lost interest or is concerned for its own safety.

This study offers us a first glimpse into the complex but fascinating minds of dolphins and whales in times of distress. It appears that cetaceans do recognize and react to the deaths of their own kind. At present, marine mammal populations worldwide are faced with increasing threats and mortality rate from habitat loss and fishing by-catch. This research lays crucial groundwork for conservation scientists to further understand the social, behavioral and psychological impacts of cetacean deaths to the surviving group members. Despite our distant evolutionary history, the similarity in behavioral and psychological traits across cetaceans, human and other intelligent mammals also invites us to appreciate the interconnectedness of different life forms. This can help in creating an emotional appeal for cetacean conservation.