A tale of two cities: Equity, environment, and economic growth in urban areas 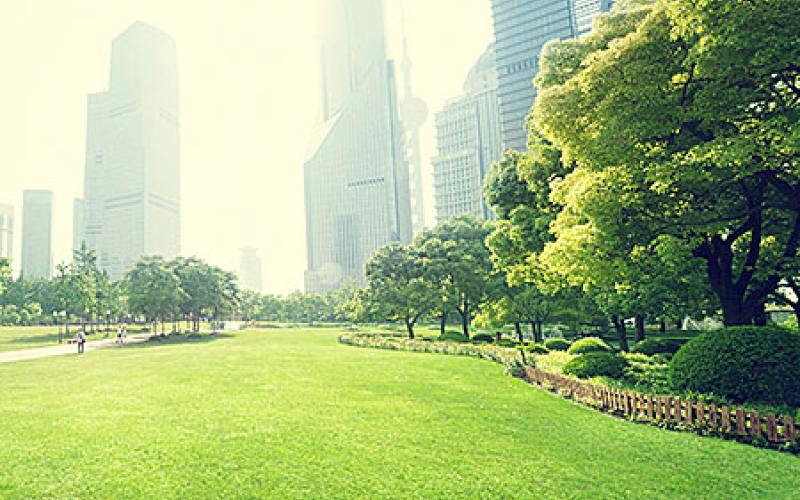 No longer the bane of environmentalists' existence, cities are increasingly viewed as a key to sustainability, with urban leaders seeking to foster green growth, be it solar energy or composting companies. Amidst the frenzy to attract environmentally-conscious businesses and create green jobs, however, concerns are rising over the relationship between green economy discourse and rising inequality, particularly in marginalized urban communities. Critics of the ongoing trend argue that the predominant vision of the green economy, with an overreliance on green design and technology, furthers gentrification and disproportionately benefits the consumer class while displacing the poor.

With this premise in mind, two researchers, Corina McKendry from Colorado College and Nik Janos from California State University, Chico, explore case studies, in Chicago and Seattle, where community leaders are attempting to include social equity in the development of the green economy. One key point emerges from their qualitative study: while consolidating voices for social justice is essential for incorporating social equity into the green economy, planners must continuously navigate the tensions between social justice, economic development, and environmental improvements.

To better understand local government initatives and community response in the Calumet region of Chicago and the Duwamish district in Seattle, McKendry and Janos collected three years of qualitative data, including newspaper articles, press releases, government documents, stakeholder websites. In the case of Calumet, the city has championed green growth, investing in restoration projects and green amenities to promote environmental recreation in the neighborhood. But while lower-income residents are appreciative of the green services, they are increasingly worried about the gentrifying effects of green growth that has occurred throughout the rest of the city. Additionally, they are skeptical about the extent to which green growth can provide high-wage jobs for the community — a claim touted by city planners. Indeed, amidst pressure to attract jobs for the region, the city has not been particularly selective in the types of jobs being created. In the past few yeara, city officials have approved a new cement plant and the expansion of an oil refinery — neither of which fits the vision of a "green economy" that the city has laid out — despite protests from environmentalists.

Community activists, however, have yet to consolidate their efforts and propose a clear, alternative vision for green development, the authors write. While it is uncertain whether this would've had been sufficient to halt the cement and oil plant projects, it is clear that organization is needed to better represent community concerns over environmental justice.

Environmental activism arose from similar concerns in the Duwamish river valley in Seattle. As the city has allocated funds to clean up pollution and promote green urban development, local communities are concerned about whether the particular vision of green growth is overly technocratic and comes at the expense of local businesses and communities. In contrast to Calumet, however, Duwanish activists have organized a grassroots group, the Duwamish River Cleanup Coalition (DRCC), to engage in the planning process and represent local perspectives. Fruits of their labor have begun to emerge. Over the years, the narrative of the city on green growth has shifted to include local interests, stating its commitment to "ensure equity in all policies and efforts for environment and community development." Unlike Calumet, Duwamish environmentalists have successfully coalesced community concerns and incorporated elements of environmental justice into city planning policies.

It is important to note that these narratives are still ongoing; even as the narrative in Duwamish has begun to include language on social justice, it remains to be seen whether this language will translate to true progress on the ground. Additionally, the DRCC is currently in the midst of a balancing act — seeking to represent local interests in the vision for the city, without discouraging green businesses that have the potential to create win-win scenarios for all parties. Ultimately, the case studies of Calumet and Duwamish highlight the relationships — and sometimes tensions — between social, environmental, and economic considerations, as well as the need for cohesive voices when navigating these concerns.