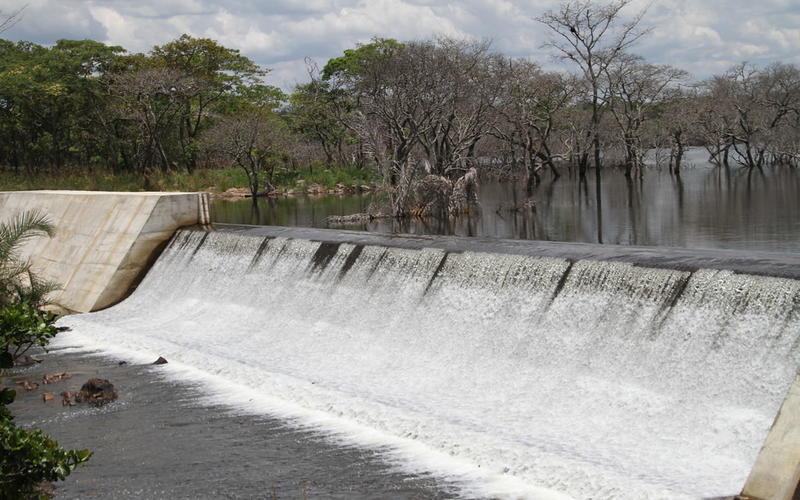 In the Himalayan mountains, rivers form at the base of glaciers and descend into India, supplying drinking water and crop irrigation to millions of people. These rivers are also valued for their power: dams turn the river’s force into electricity. Hydropower is often considered a “green” energy source because it does not directly produce greenhouse gases that drive climate change. However, a study in India examined the environmental impacts of small hydropower projects and found them to contribute to climate change in significant ways.

Compared to large dams, small projects are thought to have fewer disturbances to the natural environment while still generating electricity and mitigating floods. However, small hydropower can disrupt water patterns, halt flows of nutrients and animals, and displace people. These projects are also typically built one after another along the river, which can compound the problems they create.

This study, published in The International Journal of Life Cycle Assessment, investigated the hidden impacts of small hydropower projects in India. A 2006 rule made by the Indian government exempts small hydropower from an Environmental Impact Assessment (EIA), which evaluates the environmental effects of a proposed project. Without an EIA, it is difficult to determine the full extent of impact on the environment.

The researchers used the proposed construction of a small hydropower plant on the Kaveri River in the Indian state of Karnataka as a case study. This project will have a reservoir dam with a 24 megawatt capacity. If not for the exemption, this project would have benefited from an EIA: the Kaveri is one of India’s three major sacred rivers and is an area that is highly biodiverse. In the absence of an EIA, the researchers conducted an in-depth assessment of the Kaveri case that considered the consequeces of every stage of the project on the environment.

The researchers discovered several negative impacts from the construction and operation stages. Clearing an area for construction requires tearing down forests and clearing natural land, which releases stored carbon from the trees and soil back into the atmosphere, further warming the planet. Construction equipment runs on electricity and diesel, which add to air pollution. In addition, the process of making concrete, steel, and other building materials requires intensive fossil fuel use. Finally, when the dam is operational, plants and other organic matter can build up in the reservoir. When organic matter decomposes, it releases methane into the atmosphere. Methane, though it only lasts in the atmosphere for about a decade, is a much more potent greenhouse gas than carbon dioxide and contributes significantly to climate change.

The results from this study indicate that exempting small hydropower projects from evaluation hides the true environmental repercussions of a seemingly “green” power source. As these projects are not evaluated as part of a connected system, their final impacts are generally underestimated. Small hydropower can have long-lasting negative effects on India’s environment and climate. Without proper evaluation, we may not fully realize the consequences of these projects.