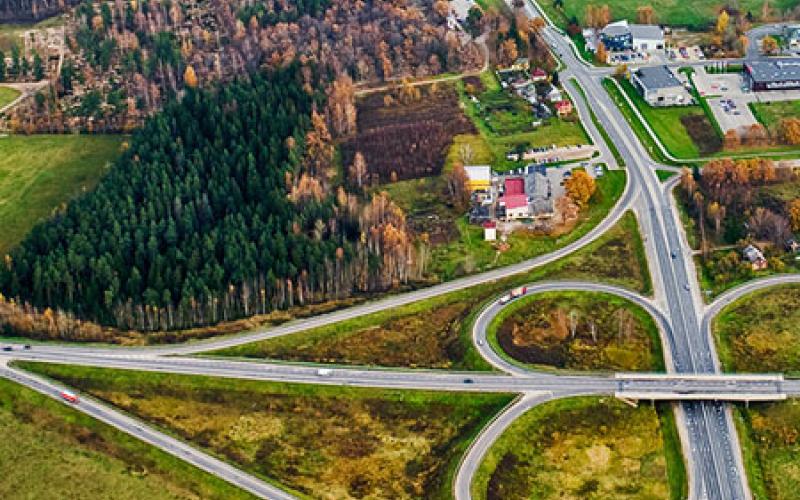 How does one estimate biological diversity? Answering this seemingly simple question has occupied many an ecologist's time. With the rapid rate of species loss in the Anthropocene, measures of diversity help assess patterns and processes of ecological change in human-modified landscapes.


In a recent paper published in the journal Ecology Letters, a team of scientists used diversity metrics to examine patterns of change in communities of plants, birds, dung beetles, orchid bees, and ants in human-modified landscapes. Their results emphatically show that increasing intensity of human-use resulted in a very similar set of species remaining in the modified habitats. For all groups of organisms diversity diminished at landscape scales — a phenomenon called "biotic homogenization."
In two regions of Pará state in the Brazilian Amazon, the researchers used Geographical Information Systems tools to delineate landscapes of about 5,000 hectares, corresponding with major drainage catchments. Both regions had 18 landscapes, each with six land-uses: primary forest (undisturbed, logged, logged and burned), secondary regenerating forest, pasture, and mechanized agriculture. These land uses represent a gradient of increasing human modification of natural habitat.
Each land use was sampled for plants (both large and small stem-size categories), birds, dung beetles, orchid bees, and ants. Then, the researchers used a metric called "beta diversity," which provides a number quantifying differences among communities across space. For each land use they examined beta diversity, first among sites within a landscape, and then among landscapes within a region. This reveals whether community change differs when smaller versus larger areas of space are considered for different kinds of land-use. Then, the researchers assessed whether community change was happening due to species replacing one another (indicative of higher diversity), or species dropping out. The latter implies greater homogenization of communities, i.e. bad news.
As expected, for every ecological group communities were more homogenous across space in land uses that have greater human impact. Secondary forests, recovering from past agriculture, were an exception, and showed high variation between communities. Most importantly, the researchers found that within forests, changes in communities were due to species replacing one another, leading to more species overall. In contrast, as the intensity of human modification increased from primary, undisturbed forest to agriculture, differences between sites and landscapes were largely due to species dropping out – which pointed to greater biotic homogenization.
That lands used heavily by humans lose species is obvious. But diversity is more than the sum of species in an area. Of ecological relevance is whether patchy loss of species at small scales can still retain diversity at larger spatial scales. The authors show this is unlikely without primary forest. This study casts renewed emphasis on the need for undisturbed forests in a matrix of agriculture and forest-use to preserve ecological diversity. Given the growing evidence that these primary forests also provide valuable ecosystem services, quantifying diversity is an important factor to consider during landscape modification, restoration, and conservation.
Read more regarding:
Conservation, Biodiversity & Oceans
Forests
Meghna Krishnadas