The role for global food markets in water-stressed world 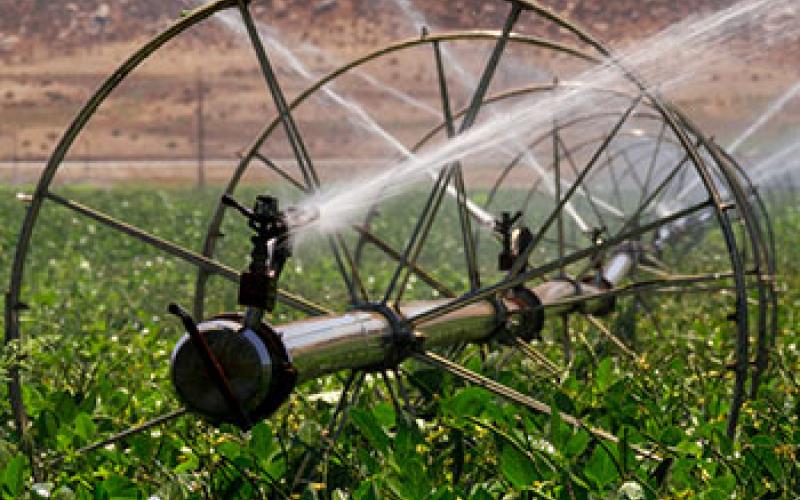 By 2030, global water demand is expected to exceed current availability by 40 percent, with particular stresses in the developing world. Increased competition for water has direct implications for agricultural irrigation, which accounts for 70 percent of the water taken out of surface water and groundwater bodies. Irrigated agriculture — in contrast with fields and orchards dependent on rainwater — allows for greater food production in arid and semi-arid areas, and intensified cultivation even in wet ones. Remaining profitable, however, generally hinges on low water prices, meaning irrigated agriculture may be one of the first to go if water prices rise in water-stressed regions.


Water scarcity in a given watershed may affect local food production, but the global agricultural trade may serve to buffer these impacts on actual food availability. Falling production in water-stressed areas may trigger agricultural expansion in wetter ones, making for a "virtual water" exchange through markets. A group of researchers from Purdue University and the International Food Policy Research Institute have modeled how projected competition in watersheds worldwide will change the location and productivity of irrigated agriculture. They then take the model results a step further, describing the possible impacts on global economic welfare after the virtual water trade is taken into account. The modeling found that, although regional declines in irrigated agriculture would result in an estimated $3.7 billion loss in economic welfare world-wide, the number is substantially lower than it would be without global markets: food imports from less water-stressed regions would compensate for local drops in production. Alternatively, if trade was weakened, regional welfare losses in water-scarce regions could increase from 58 percent to as much as 108 percent over the "free trade" scenario.
The models employed — IMPACT-WATER and GTAP-BIO-W — distinguish between rain-fed and irrigated agriculture, allowing for a more nuanced picture of local stability or production shifts. The model also zeroes in on water availability, agricultural conditions, trends in water-use efficiency, and projected demand from other water users at the river basin level. This added focus on demand-level factors is critical for integrating intra-basin competition into the calculations.
The results point to substantial variability among regions, depending on the mix and water-intensity of crops and the ability to switch over to rain-fed systems. Production in areas of higher water-stress — particularly China, South Asia and the Middle East and North Africa — would become expensive, making cheaper imports more attractive. In relatively water-rich areas, the comparative advantages in producing water-consuming crops and rising global food priceswould stimulate expanded production to supply exports. Higher prices would generally incentivize efficiency improvements: these could derive from moving production to areas that require less irrigated water, increasing soil inputs, or building or improving water delivery infrastructure. Increased exports from regions less reliant on irrigation, such as Sub-Saharan Africa and Russia, would not quite make up the losses in more stressed areas; still, the researchers conclude that trade could substantially mitigate the regional impact of water scarcity on food prices and availability.
However, adapting to global water shortfalls would not only require adjusting imports and exports, but also expanding the total area of land under cultivation. Converting to rain-fed agriculture in areas that can support it dodges intra-basin competition water, but is ultimately less productive: one needs more rain-fed fields than irrigated fields to grow the same volume of crops. The model estimates that an additional 7.6 million hectares of land, primarily pasture or forest, would become farmland to cushion welfare impacts of water competition. This land conversion would, in turn, influence livestock prices (from lost pastureland) and carbon sequestration (from lost forests).
Reliance on trade could also put food security, a measure of a nation's ability to feed itself, in some jeopardy for most Asian countries, potentially increasing their vulnerability to changes in trade relationships or other countries' domestic subsidies. Government concerns about food security, agricultural communities and other local or social issues will continue to feed into nations' political calculus behind trade, with consequences on how global virtual water markets ultimately play out, if at all. The researchers note, however, that their results hint at less of a doomsday scenario than traditional hydrology-based predictions of a more water-stressed world, and a silver lining for parts of the world with water to spare.
Read more regarding:
Food, Agriculture and Water
Sarah Sugar