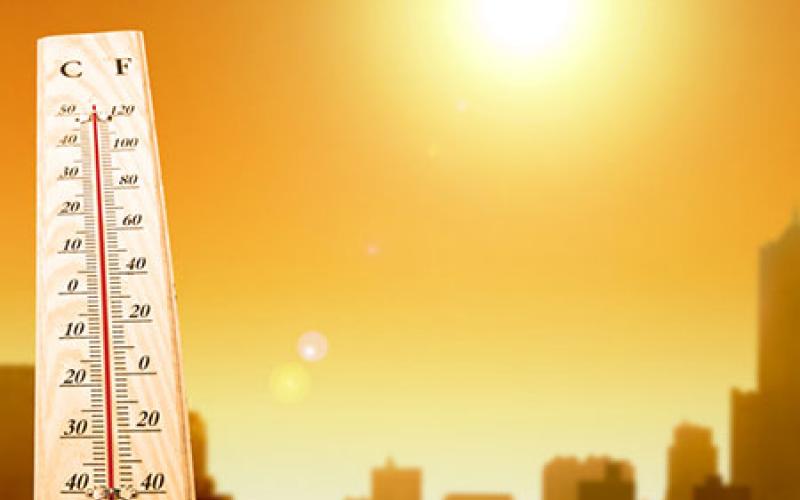 The "urban heat island" effect is a phenomenon that occurs when a city is significantly warmer than its surrounding rural areas due to human activities. Development in cities has altered the landscape and increased energy usage. As a result, more radiation from the sun is trapped in roads and buildings and more waste heat is produced as people consume energy, turning cities into "heat islands." When cities become hotter, living in the cities generally becomes more uncomfortable for most people and dangerous for those who are vulnerable to heat waves. As more energy is used to cool buildings, cities are burdened with not only a heavier energy demand but also higher levels of pollution. To combat the urban heat island effect, building roofs are either made more reflective or covered with vegetation. A recent study shows how reflective and green roof technologies can reduce city temperatures — though not without problems.

Matheos Santamouris, a professor energy physics at the University of Athens, analyzed a dozen published studies on the state-of-the-art roof technologies and published his results in Solar Energy. In his study, Santamouris explores data from studies of computer simulation and physical experiments. Most of the available data examined comes from computer simulation studies runs on different weather prediction models, known as mesoscale models.

To fairly compare green roof and cool roof technologies, Santamouris concludes, one must understand the major factors defining the performance of roof technologies. He proposes four sets of factors that help to compare these technologies: those pertaining to the climate, the roof material's ability to reflect sunlight, heat capacity of roofing materials, and heat transfer from the evaporation of water vapor from green roof vegetation. He points out that the ability of cool roofs to reflect sunlight, and the capacity of green roofs to transfer heat through evaporation, play the most important roles in determining the performance of the two technologies.

According to Santamouris' review, four reviews show that when cool roofs can reflect 70 percent of incoming sunlight, or when its albedo is above 0.7 cool roofs do better to reduce the heat island effect than green roofs. However, his review points out that, in all cases, green roofs employed in the comparisons have a low "leaf area index," meaning there were not enough plants to adequately help cool the roofs. The review further shows that if green roofs are covered with well-irrigated vegetation in a dry climate, they can discharge heat from water evaporation at a rate similar to that of the cool roofs.

Furthermore, his review shows how in warm, sunny climates, cool roofs do better than green roofs in reducing heat island effects and that the opposite applies in moderate and cold climates. The study also notes that cool roofs lose their ability to reflect sunlight with time as they become covered in particles such as those from soot or are damaged by acid rain and UV light. Even though green roofs and cool roofs have similar capacities to alleviate heat island effects, the study notes that the effectiveness of green roofs is also constrained by climate, maintenance, and plant types.

Lastly, it is important to note that green and cool roofs have rather limited impacts on reducing the heat island effect when they are installed on high-rise buildings and buildings with good insulation. For cities with high-rises, such as New York, roof technologies may not be an effective means of combating the heat island effect. However, for older cities and areas with shorter buildings, local government, businesses, and residents should seriously consider upgrading. These roofs can help shield buildings from pollution, energy overconsumption, and the discomfort they may experience from an urban heat island effect.