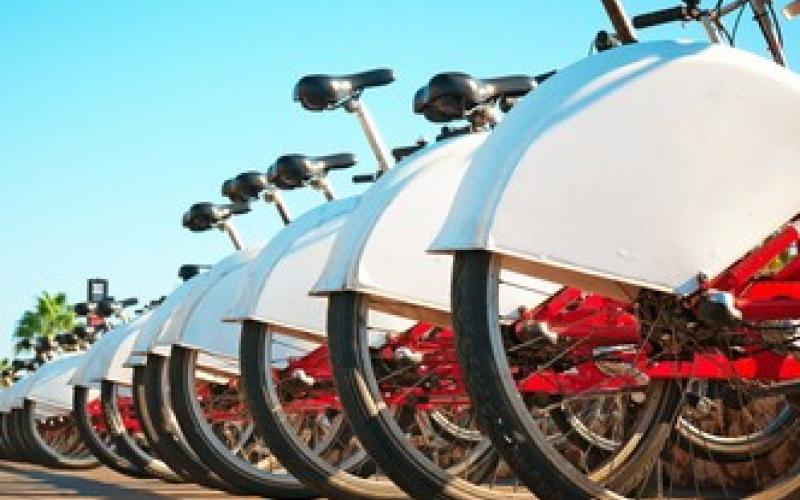 Cities that pursue bicycle-friendly policies can reduce carbon emissions, air pollution, energy usage, and congestion.  Cities can encourage bicycle use by implementing policies that boost bicycle use or policies that mitigate against obstacles to biking. Building bicycle paths and lanes, linking bike usage with public transit, and building a network of one-way bike-sharing rental stations all encourage people to bike more. Policies that reduce the distance between travel points, minimize steep terrain, bicycle theft, and accidents address problems that deter people from bicycling. By implementing bike-friendly policies, Seville, Spain experienced the steepest rise in trips made by bike anywhere in Europe between 2006 and 2009. Policymakers can determine which bicycle-friendly policies work by understanding the success of Seville's project and determining areas for improvement.


Jose Castillo-Manzano and Antonio Sanchez-Braza from the University of Seville sought to understand public attitudes toward a bike-share program developed in Seville and whether these attitudes changed over time as the program became better established. The scientists aimed to understand the differing attitudes of those opposed to the bike-share project and how objections to the project could be reconciled. Writing in Environmental Politics, the authors use the Seville case study to suggest ways in which other cities can implement effective bicycle-friendly programs.
Seville's new bike-share program included low cost bike rentals, electronic anti-theft systems for bikes, and incentives to provide bus-users with a free bicycle pass. However, since implementation, vandals defaced bike-share stations and have stolen some of the bikes. Taxi drivers complained that the cycle system is illegal unfair competition, and retailers' associations have protested that bike-friendly policies hurt business fronts by removing parking lots. Media protests, especially on conservative news sources, and court cases also challenged the bike-share system by reiterating the taxi-drivers' and retailers' complaints.
The scientists interviewed pedestrians in historical old town Seville—always within view of a bike station and cycle park—over three years. The survey asked participants about their attitudes toward the new bicycle-friendly policies in the old historic district. Thirty five percent of those interviewed found the bike-share facilities diminish the aesthetics of the historical area, while forty-four percent of those interviewed thought that bikes hinder pedestrian mobility. As the study continued, more people perceived one or both of these problems. The scientists suggest one reason for this change is that the bike-share program increased rapidly in usage, which meant a higher possibility for bike congestion and aesthetic deterioration of facilities.
The scientists found that those surveyed who used the bike-share program were less likely to think that the bike-share program contributed to aesthetic or congestion problems.  Those opposed to the bike-share program were more likely to be non-users who had not tried it. Younger people were less likely to be critical of the bike program. However, those who live in historic old town or those visiting the area for reasons other than leisure or shopping found the aesthetics of the area impacted by the bike-share facilities. Those who support public transportation and making the historic district more pedestrian friendly also were less likely to criticize the bike-share facilities and subsequent congestion.
Protestors often said they felt that the municipal government lacked coordination and information regarding the implementation of the bike-sharing program. For example, local commerce groups felt they did not receive information on the impact of the bike program to business and the municipal government failed to address their concerns that the program may hurt business. The scientists also found that political orientation was clearly correlated with survey participants' perception of the bike-share program.   The bicycle program was run by the minority Communist Party, and those with anti-communist bias strongly felt the bike program negatively impacted aesthetics and congestion. The scientists warn that the close link between political parties and bicycle programs can potentially be risky; if citizens are politically opposed to the political party that initiates bicycle-friendly programs, protestors will find fault with the policies, even if they are successful. Bicycle policies should be championed as city projects, not the project of a political party.
The scientists suggest other cities can learn from Seville's program by ensuring that bicycle-friendly programs are designed and widely agreed upon or accepted by stakeholders. Open and participatory planning work that gauges citizen opinions on the possible impacts of the program should be conducted before construction begins. The scientists found that the bike-share program contributed to the revitalization of Seville's historic district as old public spaces were remodeled to build bike stations. Although Seville's bike program is generally considered a success, future bike programs can learn from its struggles. Cities should use good communication and information sharing to promote bicycle-friendly policies and mitigate potential problems.
Read more regarding:
Industrial Ecology & Urban Planning
Society & Health
Liz Thomas