The promise and challenges of ‘zero-acreage farming’ 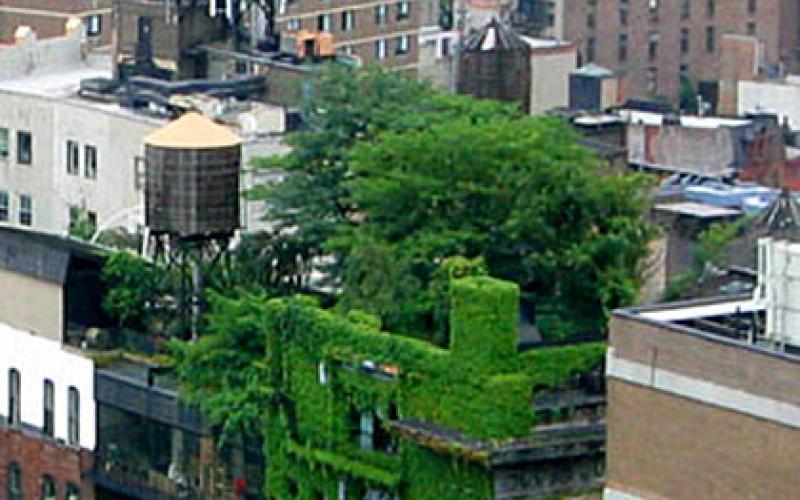 Urban centers consume 75 percent of earth's resources while only occupying 2 percent of its surface. Further, global trends in climate change, consumption, population growth, and urbanization intensify the potential for resource scarcity, prompting the search for creative solutions. Zero-acreage farming, or "ZFarming," a new branch of agriculture involving production in or on urban structures, is such an adaptation strategy. ZFarming furthers reintegration of food into cities as a subset of urban agriculture. Unlike urban agriculture in vacant lots at ground level which are perhaps exposed to a high intensity of pollution, ZFarming occurs inside or on structures.

Writing in the journal Renewable Agriculture and Food Systems, a team of researchers, led by Susanne Thomaier at Technische Universitat (TU) Berlin, takes a wide survey of current ZFarming practices and constraints, exploring its promise and challenges. They analyze 73 ZFarms in North America, Asia, Australia, and Europe, supplemented with in-depth interviews with industry leaders. They find a variety of ZFarm forms, from small open rooftops or greenhouses using soil-based production, to more intensively oriented indoor hydroponic or aquaponics (combining fish production with agriculture) operations. Motivations and business arrangements also vary widely, from entrepreneurial and production focused, to community based and educationally oriented.

Interestingly, in a number of cases ZFarms are oriented toward a single buyer, such as restaurateurs or retailers, either in-house or under mid-to-long term contracts. The authors note this results in reliable revenues which in turn help entrepreneurial ZFarmers access capital for expansion. They also identify many potential benefits of ZFarming beyond production: as educational tools and workshop spaces, recyclers of organic waste, users of building rainwater and/or greywater, and building exhaust heat. They can even in theory be contributors to building heating from excess greenhouse heat if buildings are so designed (but haven't been to date). In rooftop and façade cases, they also reduce the urban heat island effect.

The authors document disconnects between optimal ZFarming and implementation. ZFarming would optimally occur in buildings designed to integrate it into all systems or exist as stand-alone structures. It can also potentially diminish the issue of food deserts in urban areas — particularly in low-income areas — by nutritionally supplementing the diets of the poor. To date, however, ZFarming in developed countries occurs in areas with incomes nearer the median of cities and either in buildings as add-ons or in reclaimed abandoned buildings. Such ZFarms, linked to more bourgeois establishments, such as higher end restaurants, compete on quality at a price premium and thus outprice poorer residents. Many ZFarms, too, despite incentives to optimize production in limited spaces, forego efficient hydroponic and aquaponics in favor of soil-based production.


In character as well as in number then ZFarming seems very much in infancy; Eighteen ZFarms are positively identified in New York City compared with more than 1,000 ground-level community gardens. At this early stage of development, this study indicates policy concerns and constraints ZFarmers face that can be addressed. For instance, zoning and differences in capital requirements often lead ZFarming to start as a top-down and intensive process rather than like the grassroots efforts seen in community gardens. As a new typology of urban farming then, ZFarming requires different policy consideration.

Although still a nascent development of the urban landscape, ZFarming appears to be attracing interest from key interest groups. This is of particular importance because, as the authors find, ZFarm development often requires greater involvement across traditionally siloed professions. Given appropriate support — particularly from government through inclusion in permitting/zoning policies and expansion of financial instruments — ZFarming may become ubiquitous in population centers. Expanding their scope further to address such issues as urban food deserts and integration at the planning stage into new structures however are challenges that still lie ahead.
Read more regarding:
Food, Agriculture and Water
Land Management & Land Use
Society & Health
Zachary Turk