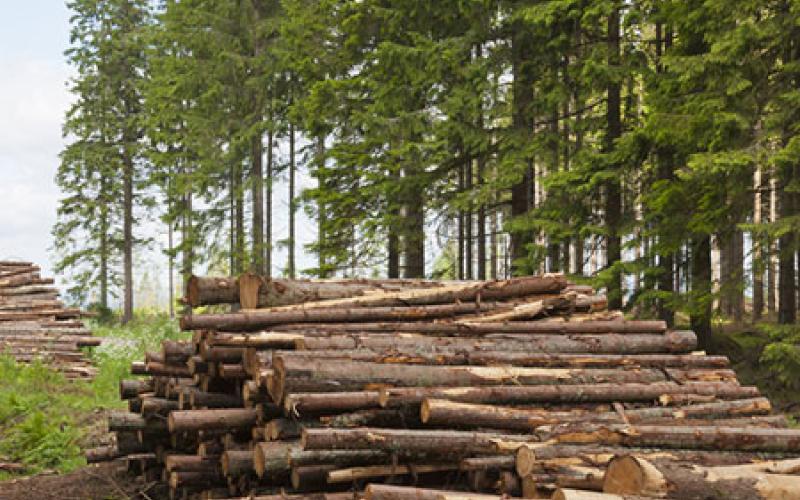 Fragmentation — or breaking up continuous natural habitat into smaller and often disconnected chunks — is a widespread threat to biodiversity and ecosystem services globally. However, until recently there weren't any numbers to show the extent to which the world's forests are fragmented — and it was unclear whether the ecological effects of fragmentation were consistent across a variety of habitats and ecosystems.


A recent analysis conducted by a team of scientists from multiple reputed universities around the world and published in the journal Nature, shows that over 70 percent of the world's remaining forests have only one kilometer to the nearest edge adjoining a non-forest habitat. Potentially, these habitats will lose biodiversity and ecosystem services over time despite intact tree cover, a fact borne out by the authors' examination of long-term fragmentation experiments from North and South America, Asia, France, and Australia.
Using a high-resolution map of global tree cover, the researchers identified global hotspots of intensive forest fragmentation for the first time. Next, they compared forest quality in two landscapes with different intensities of land-use. Finally, they compiled results from five long-term fragmentation experiments conducted in different ecosystems, assessing how fragmentation affected biodiversity and ecological processes, how these effects changed over time, and how well experiments matched theory and results from observational studies.
To start with, the scientists estimated the extent to which the world's forests were fragmented by measuring how close the forest center was to agriculture, urban, or other human-modified environments. It was found that over 70 percent of forests were within a kilometer, and nearly 50 percent forests have their center a mere 500 meters from the nearest non-forest edge. Consequently, these forests will likely have their ecological processes decaying due to proximity to edges — a phenomenon known as "edge effect."
To compare quality of remaining forests with regard to historical land-use patterns, change in forest cover was reconstructed for two regions of Brazil — the Amazon and the Atlantic forest, representing stark contrasts in deforestation and fragmentation history. The Amazon is still relatively intact and continuous whereas the Atlantic forest is a highly fragmented forest landscape with a long history of intensive agriculture. Most fragments (>90 percent) in the Atlantic forest were smaller than 1,000 hectares and within a kilometer of an edge. However, despite its history of less intensive agriculture, today the Amazon also has 25 percent of forests within that distance, indicating progressive and ongoing deforestation.
Lastly, the researchers synthesized the effects of fragmentation from five ecological experiments established in different parts of the world. Experimentally fragmented landscapes allow more robust assessment of the factors governing different ecological changes. Experiments also allow scientists to study specific aspects of a problem that may be hard to do in messy natural systems. Results showed strong and consistent effects across five continents. Reduced area and increased isolation of fragments generally decreased the abundance of birds, mammals, insects, and plants. Furthermore, species were more likely to go extinct from smaller and more isolated fragments over time. Fragmentation also had marked negative effects on ecosystem processes like nutrient cycling and carbon storage in vegetation biomass.
Notably, many ecological effects appeared to have a lag time. Some changes were only captured by longer duration studies, and thus more long-term experiments and observations are needed across different ecosystems. Future management and ecological restoration will require knowing how the location, extent, and configuration of remnant natural habitats can best sustain biodiversity and habitat connectivity in the long run. Emerging technologies such as landscape genetics and remote sensing should be coupled with ecological theory for a deeper understanding of landscapes as social-ecological systems.
Read more regarding:
Conservation, Biodiversity & Oceans
Forests
Meghna Krishnadas