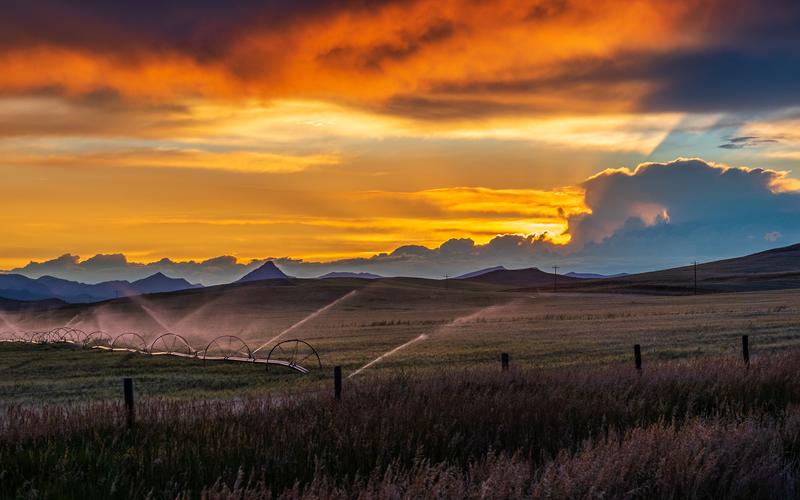 As the global population continues to grow, innovative methods to increase crop yields will be instrumental in meeting the rising demand for food. The United Nations has set the Sustainable Development Goal of eradicating world hunger by 2030. To meet this goal scientists have focused their efforts on improving irrigation systems and implementing better soil management practices. However, practices that promote increased water and carbon dioxide  absorption can also increase ozone uptake, which damages sensitive leaf tissues.

Ozone pollution is increasing in rapidly developing countries as a result of industrialization and air pollution. Ozone in the lower atmosphere forms when nitrogen oxides, carbon monoxide, and volatile organic compounds react with oxygen. These reactions are fueled by sunlight and heat. Damage to wheat, rice, and soybean crops occurs when ozone diffuses into the leaves and reacts with molecules to create reactive oxygen. This process triggers the leaf’s defensive system and diverts resources away from growth and seed production, lowering crop yield.

The negative impacts of ozone on crop yields have not been factored into global assessments of increased food production. In a novel study done by the Centre for Ecology and Hydrology in Bangor, United Kingdom, researchers quantified the negative effects of ozone that correlated with increased wheat irrigation. Ozone pollution reduces wheat production in humid areas of major wheat‐producing countries such as the U.S., France, India, China, and Russia. On average, ozone pollution reduces wheat yields by 9.9 percent in the northern hemisphere and 6.2 percent in the southern hemisphere. This corresponds to 85 million tons of wheat loss annually. This is equivalent to a loss of $24.2 billion per year.

The study found that yield losses are on average 50 percent higher in developing countries than in developed countries. Higher levels of ozone pollution resulting from industrial activities is a contributing factor. Developing countries also have double the demand for wheat than developed countries. Additionally, drier areas of the world are more likely to be artificially irrigated and are harmed disproportionately by ozone pollution.

Dry areas of the world are becoming drier because of climate change. As this occurs, it is important to implement strategies that counteract the impacts of ozone on plant growth. Since ozone is not a directly emitted pollutant, holistic air pollution mitigation efforts targeting emissions of nitrous oxide, carbon monoxide, and others are urgently needed. Researchers also suggest further study of crop varieties that are more resistant to ozone pollution.

The findings of this study potentially reduce countries’ abilities to meet the Sustainable Development Goal of ending world hunger by 2030. So far, policy makers and agronomists have given little attention to quantifying impacts of ozone pollution on crops. Ignoring these effects can promote irrigation and management practices that initially appear to be beneficial for crop yields but will ultimately lead to decreases in food production.