Our House of Cards: Is conformity rational or risky? 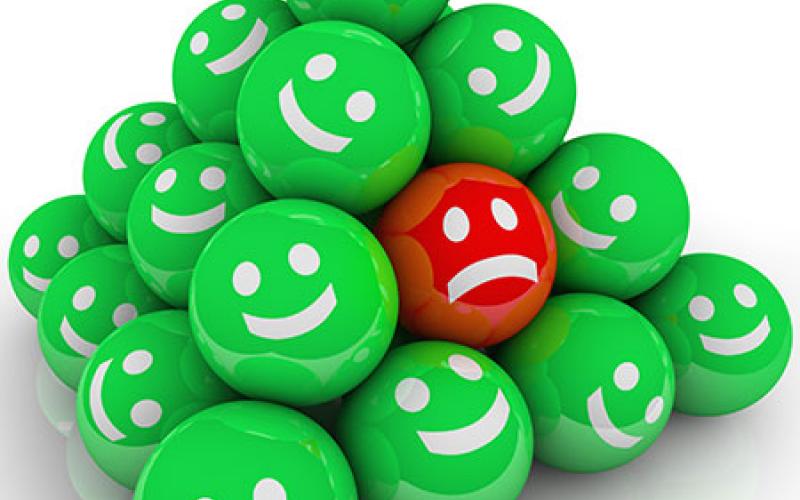 By iQoncept via Shutterstock

Your side, my side. Our side, their side. Society is made up of groups. Political groups. Social groups. Activist groups. Cliques. Corporations. Sports teams. Membership in these groups shapes a significant part of our identity. It gives us a sense of belonging and helps us find peope to support us. We can benefit greatly from these relationships. But when membership becomes contingent on conforming to a group’s collective ideals, these associations become toxic.

Dan Kahan, professor of law and psychology at Yale Law School, known for his work on cultural cognition, has spent almost two decades looking at this social phenomenon. In a recently published two-part series in Emerging Trends in the Social and Behavioral Sciences, Kahan evaluated when and why people fall in line with group identity. Through his research, he hopes to predict how people will respond to information and apply that knowledge to keep people’s group identity separate from science and facts. Kahan designed several studies that evaluated participants’ critical reasoning skills and observed their decision-making and information processing tendencies.

Kahan tested his theory of politically motivated reasoning against other models of information processing, and found his theory to be more accurate in predicting participants’ responses to politically controversial information. This conclusion is grounded on differentiations of reason. Reasoning refers our ability to take in information and make sense of it. Motivated reasoning adds an extra layer, describing how we align our opinion about information with other needs or preferences. For example: making up an excuse to avoid admitting blame. Politically motivated reasoning is what we use when those other needs or preferences are political in nature. Identity protective reasoning, or making judgments that secure our membership in a group, explains when and why people fall in line with group identity. Kahan used American views on climate change to illustrate how reasoning can affect people’s perception of facts.

In the United States, belief in climate change is roughly divided along the lines that separate conservatives and liberals. Liberals are typically more convinced of human-caused climate change while conservatives are more skeptical. Using identity-protective reasoning, it would not be in the best interest for a conservative to declare belief in climate change. Doing so would neither change the level of personal risk he or she face due to climate change, nor would his or her personal opinion have any meaningful impact on policy. However, such a deviation from conservative values could have immediate and devastating consequences, Kahan writes. Breaking with social norms can lead to ostracization from the community, loss of friends or colleagues, tarnished reputation, or loss of professional and economic opportunities.

Contrary to theories that assert people behave irrationally when politics merge with science, Kahan suggests that politically motivated reasoning is exceedingly rational. In fact, through these tests, Kahan was able to reproduce a similar pattern that he discovered in a previous study – the higher a person’s scores in critical thinking, open-mindedness, and numeracy (the ability to understand numbers), the more likely they were to use politically motivated reasoning. In other words, the people most skilled at critical thinking ended up being the most polarized on political issues. The reality is that society’s most educated, rational, or critical thinkers are better able to cherry-pick data that supports their pre-existing beliefs, a habit known as confirmation bias.

This pattern occurs across party lines, which is in significant contrast to other studies that suggest conservatives are more closed-minded or less capable of critical reasoning. While skepticism about climate change is a commonly cited example of a conservative bias, Kahan suggests that there are other cases when liberal bias could be just as obstructive. He identified future study into when and why certain ideas become divisive as key to untangling science from politics. For example, why aren’t airplanes controversial, but vaccines are?

Kahan concluded that while identity-protective reasoning is good for the individual, it is extremely damaging to society as a whole. When we use politically motivated reasoning, and support it with facts selectively chosen to validate our biases, we become more entrenched in the established positions held by our group. A democratic society cannot function properly without citizens coming together on matters of common welfare, using the best available science and data to inform their decisions. He envisions a future when we aren’t obliged to align science with identity, when our opinion on scientific facts isn’t held as collateral for our membership in society.