Oases in the urban ‘food desert’? 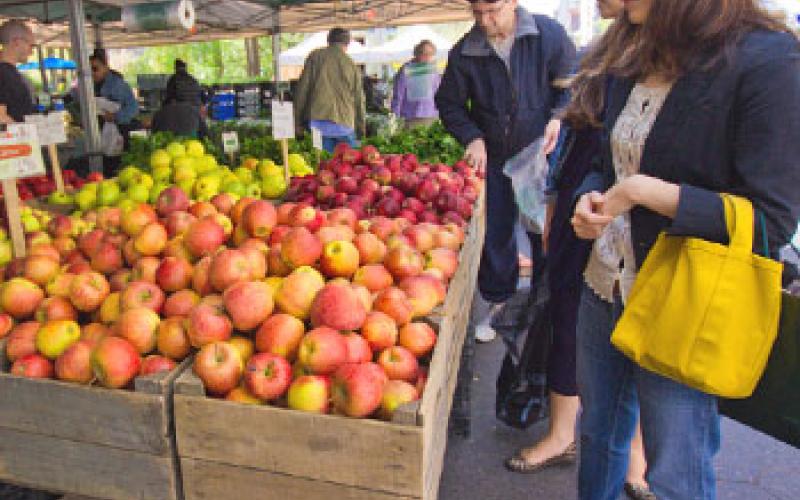 In walking the aisles of the average, well-stocked, Western supermarket, local food scarcity is, understandably, rarely a visitor's first thought. Time and money are involved, however, in physically transporting that display case of apple varieties, particularly when the closest store is a neighborhood away. In 1995, a UK government report coined the term "food desert," to capture this less obvious layer to food accessibility, describing urban area in which residents cannot easily reach fresh food options (e.g., supermarkets, bodegas). Because these neighborhoods usually serve lower-income populations, there are concerns that residents must then instead rely on unhealthier and, many times, pricier processed foods from convenience stores, gas stations, and fast-food restaurants. Over the long-term, this pattern fuels the growth of obesity, diabetes, heart disease, and other health issues related to poor diets.


Researchers and policymakers often explore which regions of a city are located outside a certain distance from a grocery store when determining the effective boundaries of food deserts; however, farmers markets and community gardens — less conventional sources of fresh fruits, vegetables and meats — often do not make it into the analysis. A group of researchers at the University of Alberta investigated whether or not these food sources might partially compensate for the absence of formal stores by mapping out community gardens and farmers markets in the city of Edmonton, Alberta. Using census data, street maps and other information, the team looked at farmers markets and gardens in relation to neighborhoods that would traditionally meet the "food desert" definition: high-density, low-income, with few cars, and more than a kilometer away from a supermarket.
Overall, after adding farmers markets and community gardens to the equation, fresh food appears to be more accessible than previously thought: the average distance an Edmontonian would have to travel to shop for produce drops from 1.7 kilometers (only supermarkets) to 1.4 kilometers. Community gardens are also somewhat more common in low-income areas that are relatively far from a supermarket, serving three of the eight food desert neighborhoods in Edmonton. Both community gardens and farmers markets were more common in highly populated downtown areas, and so may be more influential in filling food availability gaps in higher-density neighborhoods.
However, when zoomed in at the neighborhood scale, the study's findings are more nuanced. Community gardens can supplement food purchases for lower-income residents, but such a project also requires time commitments and collaboration among neighbors; consequently, community gardens are more common in the city's "mature" neighborhoods, where residents stick around for several years or more. Ensuring access for senior citizens, who often have trouble traveling longer distances, also constitutes a unique problem. Many neighborhoods with higher concentrations of older residents are located in lower density areas at the periphery of the city, among suburbanites who can travel by car to more distant supermarkets. Although these areas are not quite food deserts, they still may have a food desert-like effect on seniors.
Because farmers markets and community gardens often only operate during warmer months, questions remain on how well the two institutions fill the supermarket niche in food desert neighborhoods. Moreover, the overall significance of food deserts in influencing diet-related disease rates is still under debate. Nevertheless, gardens and farmers markets can help expand the policymaker's tool-kit for ensuring citizens' access to healthy, affordable food.
Read more regarding:
Food, Agriculture and Water
Industrial Ecology & Urban Planning
Sarah Sugar