Mortality and starvation of wildlife: Could anchovies be the cause? 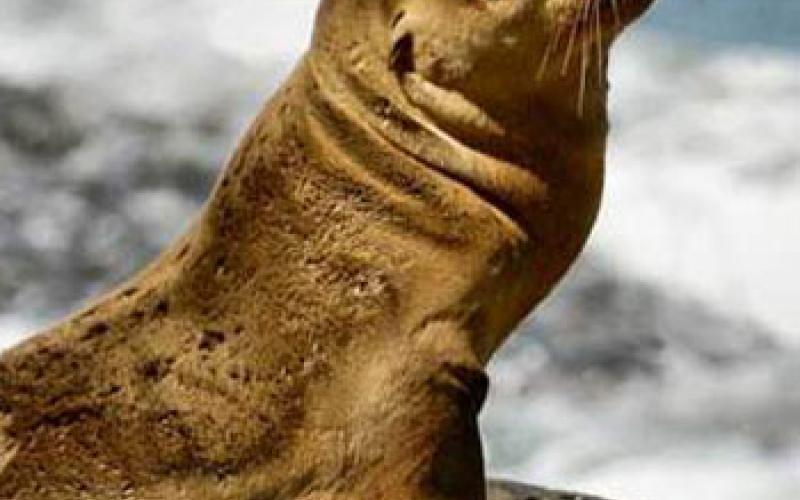 In the three years between 2009 and 2011, populations of anchovies collapsed in the California marine ecosystem. Ecologists don't use the term "collapse" lightly. In just three years, the population of these tiny ocean fish fell from upwards of 1 million tons down to 15,000 tons, a drastic 99-percent decline. This decline could have profound implications across the food web, as anchovies are a primary food source for sea lions. A drop in anchovy populations can affect sea lion survival rates. Anchovies are a "forage fish," a grouping of small abundant fish that serve an important role in the food chain. These fish connect nutrients to larger animals by eating small, less mobile molecules of food, and then serve as feed for larger migratory fish. This means that changes in their population affect every species up to large marine predators.

However, without proper sampling, scientists may not have detected the entire anchovy crash. Alarmed by the massive starvation of marine mammals and birds across California, scientist Alec MacCall and his colleagues at the Farallon Institute for Advanced Ecosystem Research set out to understand the Californian anchovy populations. Their study, published in the journal Fisheries Research, argues that researchers must account for movement of fish stocks within their environment to achieve an accurate population estimate.

Anchovies are a small pelagic schooling fish you may have eaten in a salty Caesar dressing or as a pizza topping. To estimate anchovy stock size — or the number of fish in the population — the team analyzed six decades of egg and larval abundance estimates from the California Cooperative Ocean Fisheries Investigation. Because the anchovy stock varies over the course of the year, the researchers used measurements collected in both January and April.

The researchers found one big difference from previous anchovy research. As the total population of anchovies changes, so does their location in the environment. If population numbers are large, the fish spread out farther away from the coastline. When researchers access the number of fish closer to shore, their numbers will show a low percentage of the entire population. As the population declines, the fish pack closer and closer to the shoreline. When the same site is tested again, researchers might find a higher number of fish, implying a larger total population. However, this can be misleading, as this sampling comes from a higher concentration of fish near the coastline, while the overall population might have stayed the same or have actually declined. MacCall terms this phenomena hyperstability bias, where a population looks stable from tests, but is actually decreasing.

While Maccall and his colleagues looked at the past 60 years of data on anchovy populations, they also took into account the hyperstability bias. Comparing these results with other population assessments, they looked for differences and similarities. They found that their population estimates followed the same general trends, but reported lower population estimates in recent years. Their analysis also shows a decreasing population size leading up to 2011, while other reports indicated a decrease only up until 2009. Their results demonstrate that both egg and larval rates are at dramatic low rates for anchovies.

So what will this mean for the sea lions? Anchovies are a primary food source for sea lions, and the drop in anchovy populations is affecting the sea lions' survival rates.


Right now, Maccall and his researchers are still studying what led to the decline in the anchovy population recently. The answer remains largely unknown, but is probably a combination of intense fishing pressure and environmental conditions. Researchers are hopeful that by better understanding the links between fish population size and their preferred location, fishers can track and manage their stocks more effectively and sustainably.
Read more regarding:
Conservation, Biodiversity & Oceans
Rebecca Lehman
Distinctions:
Editor's Choice Finalist