Meatless revolution: A future where humans no longer eat animals? 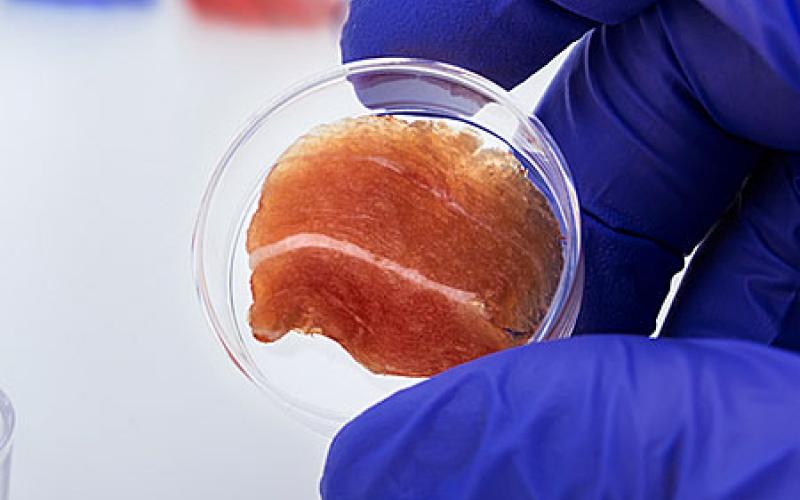 It may sound like science fiction, but the idea of producing meat inside a laboratory is not just a good movie script. It is happening now. In 2013, the first hamburger prototype made from in vitro (or cultured) meat debuted in a London tasting event. The meat was prepared using bovine stem cells — basic cells that can develop into tissue-specific cells. This novelty may have opened the way to a new era of meat production that may potentially improve animal welfare and address environmental concerns.

In a recent study published in Environmental Science & Technology,a group of researchers, led by Carolyn Mattick from the University of Texas, analyzed the potential environmental implications that cultured meat if it becomes a viable alternative. The researchers focused on cultured meat production analysis and compared the current results to four previously published studies: one on cultured meat production, and the other three on the meat production of beef, pork, and poultry. They used a life cycle assessment (LCA) approach to measure a set of environmental impacts. This methodology accounts for all stages of a product or service life cycle — considering all inputs and outputs of materials, energy, water, waste — and the corresponding impacts.

Using established cell culture techniques — and projecting possible future LCAs to frame potential future scenarios — the authors modeled a large-scale biomass cultivation facility. In their model, the meat production process is presented in two main phases. First, the proliferation phase, when after five days of incubation, a biomass of 210 kilograms is achieved. The second phase occurs when the cells undergo differentiation, increasing the biomass by 64 percent during a 72-hour period.Pharmaceutical and beer industries were used as a reference to the energy requirements for the meat production facility, since both present similar processing infrastructures and equipment, such as reactor tanks.

The results showed high uncertainty due to the great variations and assumptions embedded in their model. The researchers stated that actual production facilities and cell growth characteristics might change in the future, driving significant deviations in the impacts reported in the present study. For the energy consumption and global warming capacity estimated, results were nearly three times greater than the previous study on cultured meat; as for land use, it jumped over 20 times.

These significant differences are related to the production of the energy-intensive basal media (which allows the cells' growth), as well as the reactor's critical cleaning phase. Accounting for these factors, this model aimed to be more comprehensive. Nonetheless, the authors acknowledged that technological advances could eventually achieve the less negative results. On the other hand, when contrasting the results with studies on conventional meat, they observed that cultured meat requires more industrial energy than livestock production. But that could change; Because of energy demand, the climate benefits might be greater for cultured meat than for pork or poultry. And for beef it is particularly underscored due to greenhouse gases emissions from cattle's manure. For land use impacts, it is clear that in vitro meat presents the most positive results.

The authors underscored many uncertainties, the most relevant being facility size, maximum cell concentration, and biomass increase during differentiation phase. They claimed in vitro meat cultivation to be a new phase of industrialization. It may bring a great number of benefits, but it may cause shifting burdens; energy consumption may rise while agricultural land demands may decrease. As next steps, researchers might want to understand what factors could reduce environmental impacts and target those with strategic innovation.