Is it a reservoir, a river or neither? When it comes to flood response, the difference matters 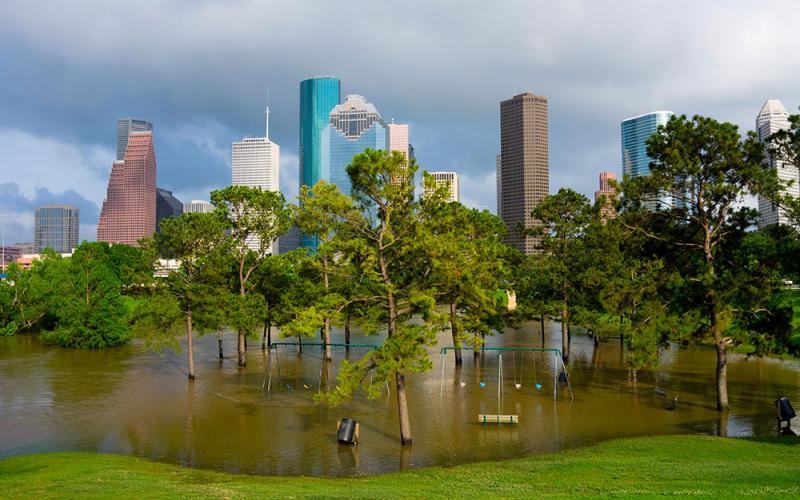 For a scientist, observing an ecosystem is akin to a sociologist observing a microcosm of society. In order to address a system’s problems, it is necessary to objectively assess it. To make the classification process of waterbodies more quantitative and thus more accurate, a group of researchers, led by Allan E. Jones, of the University of Texas at Austin, recently published a study in Water Resources Research. Their study focused on the classification of 15 tidally influenced river segments along the Texas Gulf Coast over several years. The researchers developed a nuanced delineation of the ecological terms, “lentic” and “lotic,” in the context of surface waters. In a freshwater system, a lentic waterbody is one that is reservoir-like and exhibits minimal horizontal movement of water. In contrast, a lotic waterbody is river-like and has a substantial horizontal movement of water.

The researchers also introduce the concept of an intermediate category and the term “oscillic” to describe systems that exhibit qualities of both lentic and lotic over time. Lastly, they specify the time a water droplet took to travel through the freshwater system by its volume and horizontal movement. By utilizing the aforementioned metrics, the researchers were able to develop a quantitative and replicable classification process, the Freshwater Continuum Classification (FCC), which could reliably be applied to waterbodies of varying sizes.

Scientists have historically used these terms, lentic and lotic, in a dichotomous manner; however, the researchers noted that this is problematic because aquatic systems do not always exhibit homogeneous behavior. The researchers recommend that systems that do not fit wholly into either category should be defined as intermediate. Droughts, flashfloods, and tides can impact the flow characteristics of an aquatic system; therefore, having a classifying term that encompasses change over time, creates an opportunity for more well defined observations. By acknowledging that an oscillic system is one that falls between lentic and lotic states over a specified period of time, researchers, policymakers, and engineers can make decisions that will prevent adverse outcomes.

Extreme weather events have become increasingly routine in the United States. For example, due to the delayed onset of El Niño in 2017, there has been an increase in the number of powerful tropical storms and hurricanes forming in the Atlantic. In the absence of strong winds from the west at mid-level atmospheres, tropical storms and hurricanes are not being hindered. The aforementioned conditions led to the formation of a devastating Category 4 storm, Hurricane Harvey. The hurricane made landfall on the Texas Gulf Coast on August 25, 2017. In a matter of days, more than 50 inches of rain fell. This region typically only receives about 50 inches of water annually. As a result, the rivers and reservoirs swelled and, for the first time in their history, the Addicks and Barker dams in Houston spilled over.

So why is any of this important?

The Addicks and Barker dams were both built in the 1940s. At that time a hurricane of Harvey’s size and strength was not capable of being comprehended by decision makers. The reservoirs adjacent to the dams are lentic waterbodies; however, during Hurricane Harvey, by spilling over into their respective emergency spillways, the water that escaped became lotic because of its substantial horizontal movement. This situation created logistical challenges for emergency personnel and made flooding worse in the nearby waterbodies, Langham Creek and Buffalo Bayou. As policymakers and engineers rebuild the Texas Gulf Coast region, the FCC can be implemented within the context of extreme weather events in order to determine how the increased horizontal flow of water may affect nearby waterbodies in extremely populous areas.