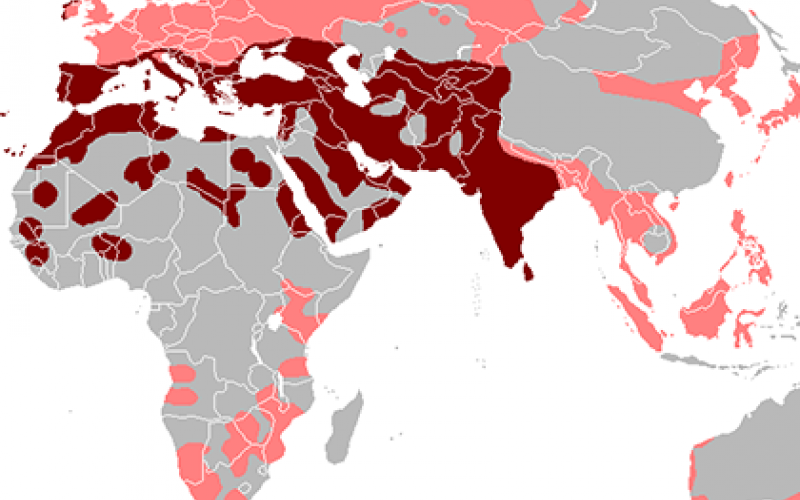 Humans have been unintentionally spreading species around the planet for centuries, carrying along the tastes and smells of home as we conquer, colonize and tour new areas. Only in the last few decades have we recognized and often regretted our actions as we have watched alien species reshape native communities. Yet our poor understanding of what, where, and how species invade remains largely context-dependent, inhibiting our ability to prevent future arrivals and protect vulnerable ecosystems. These questions are especially urgent for protected areas, sites that preserve and shelter the last intact communities of native biodiversity in many localities. A recent study in Biological Conservation finally identified the single most powerful predictor of species invasions in protected areas – and to no surprise, it has more to do with us than any other species involved.

The human population density adjacent to parks is the leading driver of alien species introductions into protected areas. In an extensive examination of 813 alien species in all 19 of South Africa's national parks, researchers from South Africa and Australia examined twelve possible causes of invasion related to environmental features, human activity and protected area characteristics. The researchers channeled information from park management plans and databases, tourist reports, population census data and weather records into generalized linear models to explore driving causes of invasion by both plants and animals and various subsets within these groups.

Out of 813 alien species present in South African parks, 181 were considered to have significant biological impacts. Over 80% of these species were plants while the remaining 20% were primarily insects, mammals (mainly domestic or game hunting animals), mollusks and freshwater fish. The parks with the most introduced species were Kruger, Table Mountain, Garden Route and Eddo Elephant National Parks, whereas Kalahari Gemsbok and Richtersveld National Parks contained the fewest aliens.

The study was the first to examine predictors of both plant and animal species invasions. For both groups, the density of humans residing around a protected area ranked as the top determinant of the number of introduced species found inside the park. Other less significant drivers included the historical effort to survey invasive species, the number of years since the park had been designated, and the vegetation productivity (measured as a "normalized difference vegetation index").

To ground their study, the researchers also conducted a literature search of other known causes of invasions identified in previous studies. They found many of these predictors to be contradictory, emphasizing the context dependence characteristic to many invasion situations. Furthermore, humans could have played a strong role in many of the drivers of species introductions, making them by far the greatest commonality between causes.

It is not surprising that human population density is a leading cause of species invasions. Species are easily moved by human and animal (particularly domestic animal) vectors, and increasing populations residing next to protected areas simply means increasing the odds of species introduction. However, the evidence that humans drive invasions of both plants and animal species underscores our undeniable responsibility and the gravity of the problem.

The finding also demonstrates that parks located near urban centers and higher population densities, as well as rapid urban expansion, receive greater pressure from alien species and should thus receive prioritized and enhanced management effort. Management tools such as buffer zones, monitoring programs, and strengthened collaborations with adjacent landowners could directly reduce species invasions by making the protected area less permeable. We now have the understanding and empowerment to reduce future invasions through our own backyards, one native plant at a time.