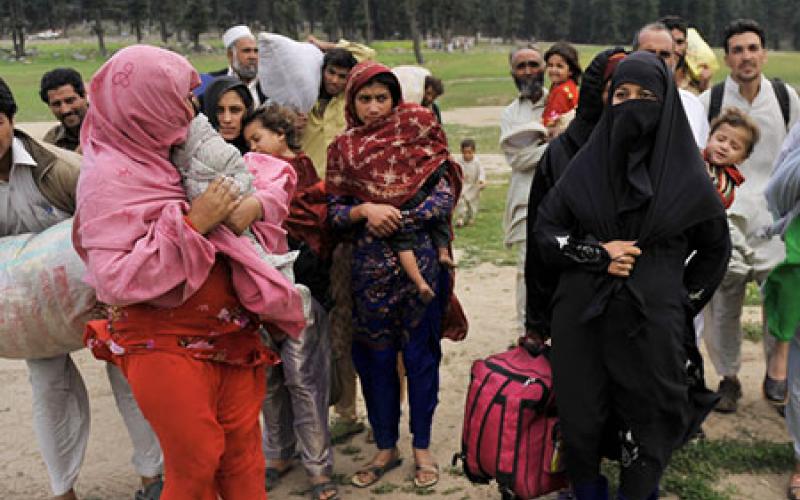 The concept of "framing," in its very basic terms, is used to understand complex issues by identifying and highlighting their central ideas. Environmental migrants, people who migrate because of environmental changes or natural disasters, are commonly understood and defined through four framings: victims, security threat, adaptive agents, and political subjects. These framings help to organize the complex issues around environmental migration into central ideas and to translate these ideas into policy action. It is important to understand how various actors — from nonprofits and governments to researchers and journalists — influence and use these framings to shape all types of policy from international environmental policy to humanitarian laws.

More recently environmental migrants are also framed as adaptive agents and political subjects. The researchers find the adaptive agents framing to derive from a shift where environmental migrants are no longer seen as a negative consequence of climate change but rather a solution where migration is used as a method to adapt to a changing environment or a natural disaster. This framing focuses on migration as a positive adaptive solution to climate change. However, it may also take the focus away from strategies that allow communities to adapt to climate change without moving. The framing of political subjects is less driven by certain policy or institutional interests but rather by morality and human justice. Nonprofits and community groups use this framing to raise issues concerning the justice and fairness of resettlement or migration policies. The researchers raise the question of how policy can be reformed in a way that allows potential migrants or non-migrants to decide for themselves whether to migrate or stay.

The study shows that these framings have evolved across time and across sectors; categorizing environmental migrants is difficult and the boundaries between these frames are at times obscure. The framings are built and used by various actors and inherently involve their beliefs and assumptions. The researchers conclude that the processes through which these framings are built, by whom and for what reasons are important in defining how the framings contribute to policy action. For all types of policy action, from humanitarian to environmental law, it is increasingly important to take into consideration not just the various actors involved in the framing but also the interests of the migrants themselves.

In the context of the climate negotiations in Paris, we can see how these framings of environmental migrants play a role in shaping environmental policy. The researchers have studied some of these links between framing and policy; however, they call for further empirical research on how framings are used to influence policy, law making, and corporate action across different cultural contexts.