Finding a common language for the study of desertification 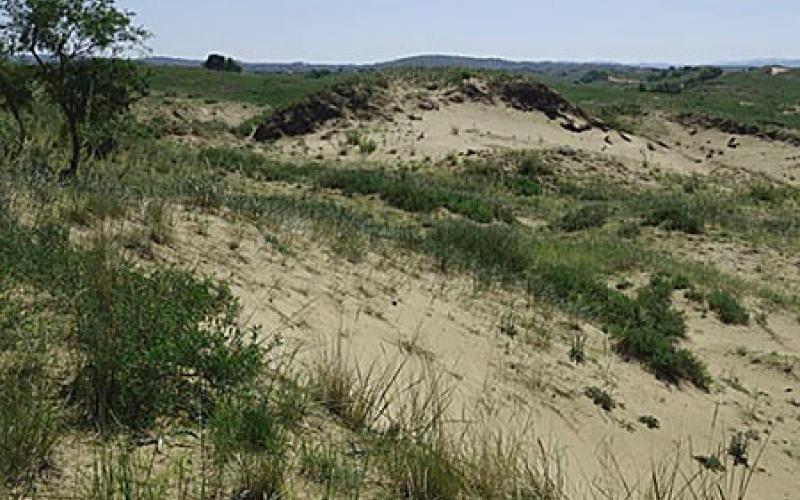 Arid and semi-arid areas — defined as regions experiencing evapotranspiration in excess of rainfall — may be especially prone to both climatic and human-caused disturbance, due to factors of water scarcity and low soil fertility. These disturbances usually lead to a loss in the ecosystem's ability to support life, following a breakdown in soil fertility and reduced water availability — a process known as "desertification."

Desertification is a worldwide problem, but estimating the extent of the phenomenon has been complicated by a lack of consensus in defining the point at which a system has undergone the process. While the UN Convention to Combat Desertification provides one definition, it only does so broadly. The definition does not differentiate between systems that can be restored from those that are permanently lost, or those systems currently in decline from those in recovery. As a result, estimates of desertification can differ widely depending on the researcher or organization, complicating the synthesis of different studies. For instance, in Mongolia, desertification estimates vary between 9 and 90 percent of the country's land area. Global estimates are not much better, as studies variously estimate the extent of global desertification between 4 and 75 percent.

Researchers from New Mexico State University, UCLA, UC Berkeley, and the U.S. Geological Survey developed a conceptual model to handle the complicated issue of defining desertification. Critically, the model recommends that these ecosystems be categorized as one of three types: equilibrium systems, which are resistant to change and the most likely to stay healthy; tipping point systems, which are prone to sudden and irreversible collapse when pushed past a critical threshold; and non-equilibrium systems, which are unstable, but not prone to rapid deterioration as are tipping point systems.

Specifying the system's type is important, because some instances of land degradation may be more easily reversed via restoration. Likewise, those areas vulnerable to sudden and permanent degradation — "tipping point" systems — can be managed in ways that prevent the systems from reaching their critical threshold.

In addition to the system type, the model also considers the current land use, and the pressure for land use conversion. The model includes three common land-use types in arid and semi-arid areas: rangeland, cropland, and urban areas. These pressures are important to understand, because some land uses, such as tillage agriculture, put the land at a greater risk for degradation than others.

Widespread use of such a model has potential to provide a "common language" for the global problem of desertification. Combined with high-resolution satellite imagery, it could be possible to remotely differentiate ecosystem types by risk classification, which would allow for real-world applications such as ecologically-appropriate zoning, incentives for sustainable land use, or improved targeting of restoration projects.

Arid and semi-arid ecosystems have historically been exploited for human uses. While these systems can often support productive grazing or agricultural activities at moderate levels, these systems are especially prone to degradation when not correctly managed. While some systems can be restored or recover on their own, this is not always the case. Such a model helps us to manage these dryland systems on local scales, and to improve our understanding of desertification on a global scale.