Feeding the multitude – The role of religion in natural resource management 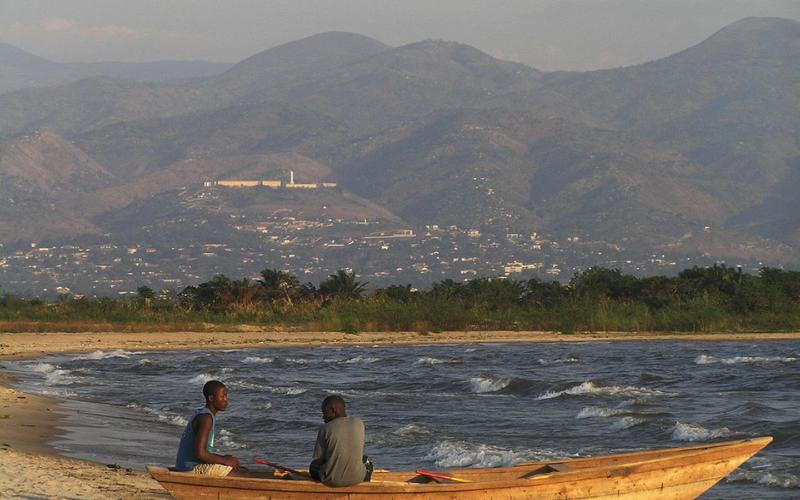 If God filled your nets with fish – flattened haddock, thick sardines, coral-pink salmon, spiny seabass – would you cast back your prize because a rule told you to do so? At the root of Christianity is the miracle of fish feeding the multitudes. But fish are being over-harvested in many places around the world. The fine filaments of modern nets are capturing so many fish, that the world’s coastal communities are suffering from the lack of food and loss of livelihood. Can religious leaders make a difference in community behaviors by preaching about the importance of obeying the law? Will this be enough for the balance of society and nature? Dr. Benjamin Lowe worked to answer these questions in his case study examining fishing communities on Lake Tanganyika, Tanzania.

Lake Tanganyika is the longest and deepest in Africa. It is home to over 250 species of cichlids with names such as red peacock, zebra obliquidens, and Christmas fulu. The researchers interviewed members of the coastal fishing communities including the religious leaders, fishermen and local fishery officers. The study area was primarily Christian and Muslim with some forms of folk spirituality. The questions the interviewers were addressing highlighted “how religion may mediate fishing behaviors.”

The number of fish in Lake Tanganyika is going down. This is a problem because they provide nourishment for the growing populations around the lake. To offset this decline, local governmental authorities have instructed the fishers to release fish from their nets that are smaller than the palm of their hand. This regulation may be critical to maintain healthy fish stock so young fish can live until reproductive age. Unfortunately for policy makers, the fishermen were more loyal to their religion than the regulation and would disobey this instruction. The interviews revealed that if the fishers had a good catch, they would typically attribute this to ‘God’ or ‘spirits’ who had gifted the pious. The fishers said it would be inappropriate and insulting to the deities to release young fish back into the water, despite the regulation. It was this imbalance between the fishers and policy makers that prompted Lowe to look at the role religious leaders play on the adherence to fishery management plans.

In a literature review, Lowe noted communities around the world that also had successful interventions from religious leaders for natural resource management. The pastors who Lowe interviewed at Lake Tanganyika demonstrated a willingness to promote a similar obedience and level of respect for the natural world as well as the authority. One pastor stated that “it is not a sin [to keep juvenile fish] …But the Bible also teaches us to obey the government.” This impetus from religious leaders could move the community towards more sustainable harvesting.

Religion and spirituality are complex. The results of this study are not conclusive, and religion will likely not save the world’s fisheries. However, Lowe presents a strong argument for including religion in fisheries management plans. By working with all aspects of the local community, people can create agreements around natural resources that will then support a healthy fisheries future.