Exploring the links between green space, ‘urbanicity,’ and birthweight 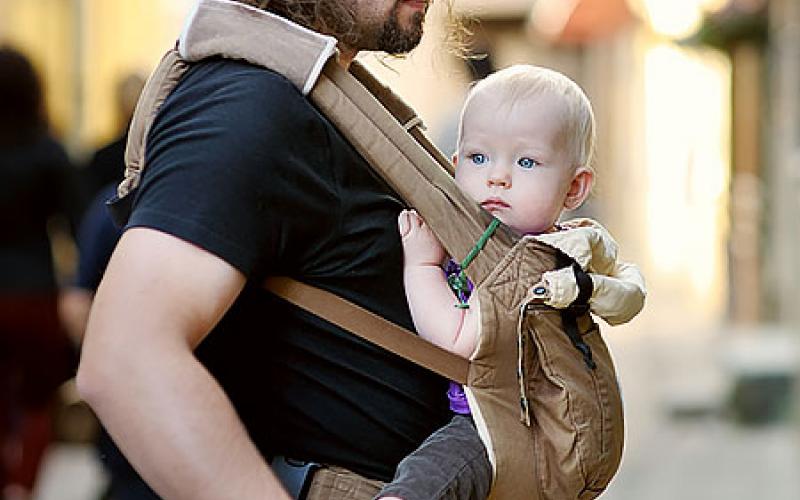 Today, more than half of the world's population lives in urban areas. While living in developed areas can offer health advantages such as easy access to healthcare, it can bring about a higher risk of the dangerous effects of air pollution, noise, and other factors. Past literature has suggested that air pollution and noise create pregnancy-specific stress that may lead to low birthweight which increases the risk to the fetus and infant mortality. Currently, research on land use and birth outcomes is still limited, especially in eastern U.S. A new study focuses on the relation between green/urban land-uses and birth weight in Connecticut.

In an attempt to quantify urban space, a team of researchers led by Keita Ebisu from Yale University utilized the concept of "urbanicity," which refers to intensively used land that is mostly covered by structures. The authors examined three different types of land-use: urban space, urban open space, and green space. Urban space is covered by a significant level of surfaces impenetrable to rain such as housing units or commercial buildings. Urban open space refers to places dominated by lawn grasses but also includes a mixture of constructed materials such as parking lots. Green space includes forest, shrub, herbaceous, and cultivated land. In this study, land-use data was compared to birth certificate data to study the associations among green space, urban space, and birthweight.

Their findings, published in the journal Science of the Total Environment, are shown to be consistent with other studies that demonstrate how green space may have a beneficial impact on birthweight. The authors attributed this association to several possible interpretations. One explanation is that living in greener space reduces psychological stress; another is that forests in green space can absorb pollution and alleviate the effect of heat, decreasing the risk of low birthweight.

They also found that more developed urban space leads to higher risk of low birthweight. The association between urban space and birthweight become marginally significant after adjusting for a specific factor: PM 2.5, or particulate matter smaller than 2.5µm in diameter. The authors explain that other factors commonly associated with developed urban areas — such as noise and higher temperature, — may also affect birthweight.

Even though green space and urban space demonstrated beneficial and adverse associations with birth outcomes in the paper, the authors note that it is difficult to disentangle the impacts of urban and green space environments on health. Furthermore, they point out that urban space may provide positive health impacts such as better access to health care and community involvement, whereas green space may contain factors such as pollen and pesticides that may trigger negative health outcomes.

The paper also considers how the race and socioeconomic status of mothers might affect the relation between land use and birthweight. However, evidence to support such an effect is not robust. The authors attribute this outcome to the fact that the study population was mostly made up of white mothers. The authors suspected that the sample sizes of African American and Hispanics mothers were too small to identify the effects of race and socioeconomic status on birthweight.

The authors recognized two limitations of this study. First, there might be a problem of land use misclassification. Multiple land uses may exist in a single sample area. However, the authors cited a study that reports a high accuracy of the data used in this paper, suggesting a certain level of confidence.

Second, the estimation of mothers' land use exposure to urban or green space in this paper is based on the address at birth. This may have a confounding effect on the relation between land-use and birthweight, though the author point out that most mothers moved short distances during pregnancy.

The paper suggests that there are some benefits of green space and some negative impacts from urban space on birth outcomes. Pending further investigation and comprehensive environmental health research, policy recommendations can be developed to promote public health through urban planning and developmental projects. A strong understanding of the relationship between urban land use and health impacts will help lay the groundwork for designing a sustainable future in urban areas.