Experiencing catastrophes: The emotional and spiritual cost of climate change 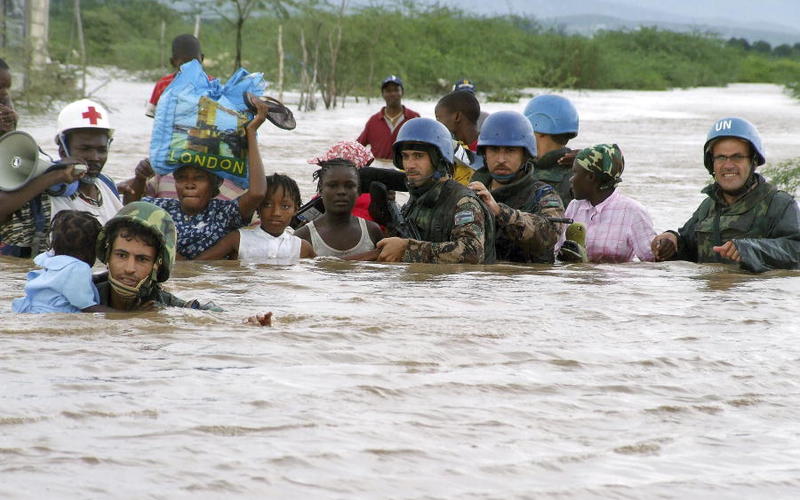 When fires tear through communities in Australia, rivers flood homes in the United Kingdom, and permafrost melts from under villages in the Arctic, people suffer staggering economic losses. But when communities face these kinds of radical changes, the losses are more than economic—people can lose their sense of stability, identity, and dignity.  As climate change increasingly causes disastrous weather events, and environments become more and more unpredictable, people around the world face these intangible losses at an accelerating rate.

Until recently, losses from climate change have mostly been measured in terms of money.  This, however, ignores the harm that disasters do to people’s mental, spiritual and emotional welfare. Damage to culture, tradition, and wellbeing is now being included in climate negotiations like the Paris Climate Agreement, but assessing this damage remains a challenge. And now, for the first time, researchers from the University of Western Australia have set out to survey and record the many harms people are experiencing from climate change across the world. They found that losing quality of life is not just a future threat—people’s lives are already deeply affected by climate change.

These researchers combed through scholarly articles to find case studies that dealt with mental, emotional, and cultural loss from disasters or changing environments. From these case studies, the researchers identified 20 different ways that people across the world tend to experience climate-related harm and risk. They were able to piece together a global picture of loss and suffering that put people’s lived experience at the center of the analysis. The researchers included stories of people in the UK who suffer chronic stress and loss of identity because of homes destroyed in floods, people in Peru who feel a loss of security in the world as glaciers melt and threaten their sense of spiritual order, and Arctic peoples’ struggle to maintain their culture and lifestyle as sea ice melts. These stories show that each community’s experience of loss is unique, and cannot be described by numbers and money alone.

While these authors showed that experience of loss is specific to each community, they also found global trends in their data. For example, indigenous people may suffer more loss of tradition, cultural knowledge, and community problem-solving ability than non-indigenous people. The researchers also divided countries into four national income levels, and found that 40% of papers addressed intangible losses in the highest-income countries. This suggests that there is not enough research being done to understand mental and emotional effects of loss in lower-income countries.

This analysis does two important things that are new in climate change research: first, it reveals global trends in intangible loss that are typically difficult to see, and second, it makes peoples’ stories and experiences—rather than monetary losses—the subject of study. The study highlights the importance of expanding our analysis of climate change to include the effects a changing climate will continue to have on human mental and emotional wellbeing. This will make adaptation projects more effective and, most importantly, it will help us recognize that action to prevent climate change is more than a question of economic loss. It is a question of preventing vast human suffering.