Ethnic migration in protected area landscapes: The causes and consequences 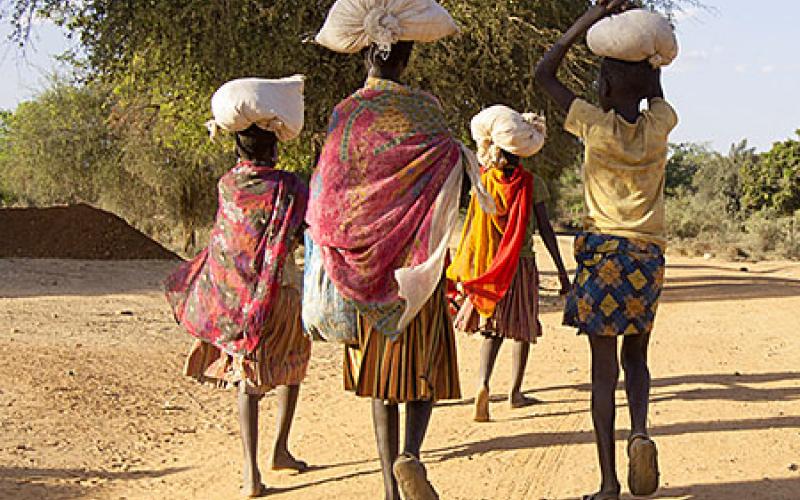 The general assumption is that human population growth has negative effects on forests, including such transformative activities as deforestation and agriculture. While this is a driving factor in the drive to protect certain areas for ecosystem conservation, such protections create another hotly debated topic: the impact of migration near these protected areas. Some argue that protected areas and their abundance of natural resources attract a disproportionate number of migrants who degrade the surrounding areas, creating an "island" of rich flora and fauna. Others argue that migration near protected areas may lead to transformations of the land that actually promote forest growth.

A recent study published in the journal of Population and Environment explores how ethnic migration has shaped land use and changed the landscape near Kibale National Park in western Uganda, where population has increased about 398 percent since 1959. The research team, led by Joel Hartter at the University of Colorado, Boulder, used interviews, demographic data, and remotely sensed data to determine what factors cause migration into the areas surrounding the national park and how this information can be used for better park management.

Using census data and household interviews, the researchers mapped the migration patterns of two major ethnic tribes populating western Uganda, Bakiga and Batoro, from 1950s to present day. In the 1950s, the areas near Kibale National Park were mainly populated by the Batoro tribe. At the time the Bakiga were living farther south, where they were facing rapid population growth with a population density much higher than other rural regions in Uganda. When this caused land shortages during the 1950s and 1960s the Bakiga started to migrate north, towards the Kibale National Park, where population density was low and arable land was widely available.

The study shows that over time the Bakiga outnumbered the Batoro throughout western Uganda. The landscapes were transformed; Forests were cleared and wetlands were drained to create farmland to support the ever increasing population. Today the Bakiga-dominated areas are covered in crops such as maize, cassava, sorghum, ground nuts, and rice. The Batoro areas are mostly made up of banana (matoke) and tea plantations.

Using remotely sensed data the researchers find that the Batoro areas have the highest percent tree cover compared to the Bakiga areas. However, land use change patterns between 2000 and 2010 also show that the Batoro areas faced the highest forest loss while the western Bakiga areas had an increase in forest cover. Researchers cannot conclude that the differences in the tree cover in the areas surrounding Kibale National Park are the result solely of ethnic land use patterns; Other factors such as soil type, rainfall, and historical disturbances also play a role in determining vegetation cover. However, looking at the historical migration patterns can provide insight on what draws migration to this area and how land use may be affected by further migration.

The researchers found that Bakiga migration to the areas near Kibale National Park was caused by push factors such as land scarcity and population density in southwestern Uganda, and the pull of vast, sparsely populated areas near the national park. The authors find that the consequences of this migration have been negative: rapidly increasing population growth, decline in forest cover, and land degradation. However, as long as the park's boundaries and protected status are enforced by the state, these negative effects will not affect the park itself. The local communities respect the boundaries of the park and see value in the ecosystem services it provides. Migration to protected areas will continue, but understanding these complex migration patterns near the Kibale National Park will assist in planning appropriate park policies and managing the local human-park interactions.