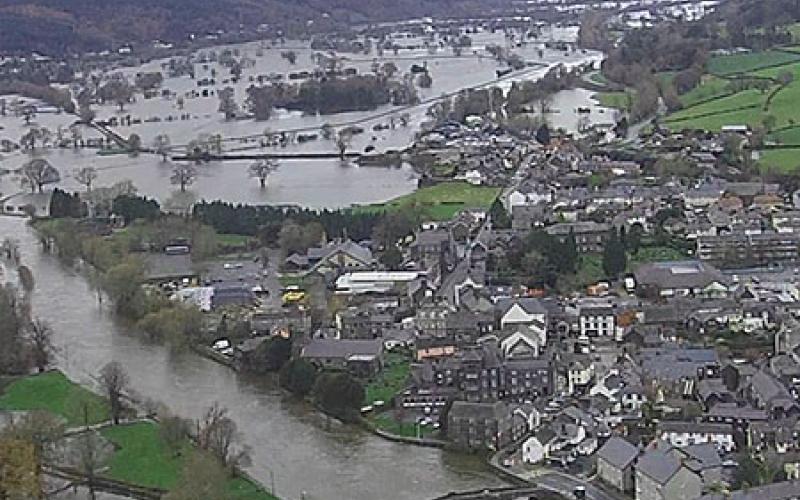 Making decisions doesn't always come easy, even when you think it should.  For example, you might have second thoughts about chowing down pizza for dinner when you hazily recall your New Year's resolution of dropping those extra pounds. This is the year you'll stay committed, right? Similar to when you opt for a salad, rather than pizza, practitioners in the field of urban resilience are increasingly called on to make decisions that defy seemingly swift gratification and instead focus on longer term transformation potential.


A recent study in the journal Environment & Urbanization argues that analyzing and evaluating resilience trade offs at varying spatial and temporal scales is an essential component of resilience building in urban areas. The team of authors, led by Lorenzo Chelleri of the Gran Sasso Science Institute in L'Aquila, Italy, developed this paper by drawing on their individual backgrounds as researchers and practitioners in geography, chemical engineering, community resilience and land planning. They question whether mainstreaming resilience building is diluting its efficacy by overlooking interdependencies and transformational opportunities within the broader community context. And they draw on three case studies to support their argument.

The first case focuses on historical and contemporary approaches to flood management in the Netherlands and serves to exemplify the temporal variations in resilience and adaptation management. Evolving over the course of 13 centuries, the Dutch approach to urban planning and development was once characterized as heavily engineered and manipulative of nature. Over time, the Dutch planning philosophy has distinctly shifted towards an approach that leverages and embraces natural systems. The authors detail elements of the historical context that accompanied this centuries-long evolution, while also highlighting corresponding changes in the physical development patterns of Dutch cities.

The remaining case studies exemplify variations in spatial scales and resilience trade offs. The trade offs between rural and urban resilience capacities are examined within the context of the agricultural economy in Bolivia. With the expansion of the global quinoa market, Bolivia experienced an out-migration of urbanites to rural areas in pursuit of economic opportunity. While this provided short-term financial relief to a segment of the population, the longer-term trade offs continue to reveal themselves. Among these includes the unsustainable management of agricultural lands and the loss of traditional farming knowledge.

Building from the Bolivia example of urban and rural resilience trade offs, the authors present a complimentary case study that focuses on the adaptive capacity of populations within different areas of the same city. Through the examination of the social and economic dimensions of slums in Uganda, they identify key similarities and disparities within the slum populations. The socioeconomic status of the slum populations was homogenous, regardless of the particular neighborhood or spatial location. However, after conducting interviews and focus groups with residents, the authors found distinct variations in the resilience and adaptive capacity of individuals within these communities. For instance, drawn by the prospect of work, residents of the inner-city slum were less concerned with developing social networks. Social cohesion is among the key factors that contribute to resilience, yet it varies widely by spatial location and is not captured in standard data sets.

The authors move us beyond simplistic understandings of resilience building and assert that advancing resilience depends on transformative interventions, rather than interventions designed to maintain the status quo. They suggest that urban areas exhibit properties of complex adaptive systems, which transform and adapt to numerous stressors — not solely to climate change. Resilience building efforts should begin with a comprehensive assessment of the variations in vulnerability within urban systems — and follow by realigning resources in a way that enables communities to address these nuanced findings.

As the population of urban-dwellers continues to grow, a systems-thinking approach is increasingly essential for a resiliency professional's toolkit.  This necessitates use of a framework that understands and evaluates the interacting variables of imbedded and linked systems. A strategy that is beneficial to one community may translate to shortcomings — or even broader degradation to resiliency — in another neighboring community. This paper underscores the need for critical thinking that extends beyond one-size-fits-all solutions and expanded cross-disciplinary and cross-boundary approaches to addressing urban resilience.
Read more regarding:
Industrial Ecology & Urban Planning
Samantha Hudson