Earth’s biodiversity is declining faster than ever before 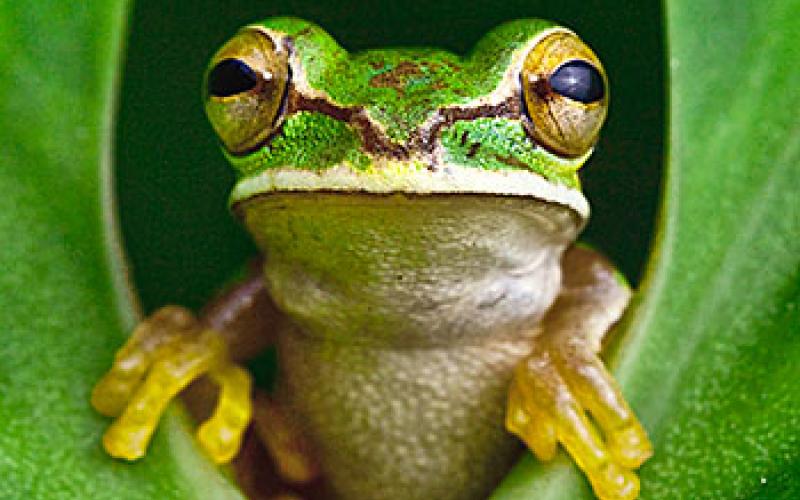 It is now common knowledge that species are rapidly disappearing as a result of human actions, such as overhunting and habitat destruction. Yet, there remain glaring knowledge gaps in basic understanding of what species exist on earth and where they are found. This makes it hard to reliably gauge conservation needs or monitor progress of conservation efforts. To monitor global human impacts on natural systems, one of the four major functions of the Intergovernmental Science-Policy Platform on Biodiversity and Ecosystem Services (IPBES) is to "perform regular and timely assessments of knowledge on biodiversity."


A team of scientists, monitoring biodiversity for The Convention on Biological Diversity (CBD, Rio Earth Summit, 1992), conducted a comprehensive global analysis of extinction rates, distributions, and protection status of all organisms more complex than bacterium. In their assessment, the researchers first compared current and historical rates of extinction. Since vulnerable species tend to group together by region (such as islands), the group also evaluated regional extinction patterns. Next, they reviewed how and where human-induced threats are expanding and if greater protection efforts (e.g. through Protected Areas) can counter this trend. Finally, they assessed how key gaps in current knowledge can be improved based on newer technology, big data, and citizen science.
To start with, the researchers assessed extinctions using fossil records and phylogenetic data to arrive at a background extinction rate of 0.1 extinctions per million species years (E/MSY). This is a death rate. It's like saying there are eight deaths per 1,000 people per year — which is the U.S. human death rate. For species it's one extinction per 10 million species per year.
In contrast, the current average extinction rates of species described by taxonomists in the last two centuries stands at a massive 100 E/MSY. With the exception of the five massive extinction events — including the one that eliminated the dinosaurs — that's a thousand times more than ever in earth's history. And considering that we don't even know all the species on earth, these rates may actually be an underestimate.
Top predators on land and ocean have suffered large declines. Species with small ranges that are restricted to limited regions or have very specific habitat requirements — such as amphibians and orchids — are also easily lost. Further, climate change is set to cause future extinctions and we urgently need better scientific understanding of how and where its effects will play out.
The researchers also combined information on where species are found and their protection statuses in different parts of their range to assess whether protection has helped meet conservation targets. It turns out that, without conservation efforts, rates of mammal, bird, and amphibian extinctions would have been 20 percent higher. Plus, good protection counters habitat destruction; the biggest threat to species. In an uncertain climate, active conservation seems to be a good call. Continued protection can help ensure that 17 percent or more of "ecologically representative" terrestrial and freshwater ecosystems and 10 percent of coastal and marine ecosystems are preserved.
Finally, the study evaluated how big databases can help us model where future conservation actions are needed. Crowd-sourced data and mobile technologies, with appropriate methodological checks, can contribute to large-scale biodiversity monitoring. The authors highlight how new statistical tools, powerful computers, and remote sensing technology enable us to study biodiversity at scales never thought possible.
Studies like these remind us of the precarious status of earth's species by hitting us with hard numbers. Much more needs to be done to save them, and fast. The cradle of biodiversity in all its magnificence, with wondrous tales spanning over three billion years of life, may disappear in a blink of evolutionary time. This is worth thinking about.
Read more regarding:
Conservation, Biodiversity & Oceans
Meghna Krishnadas