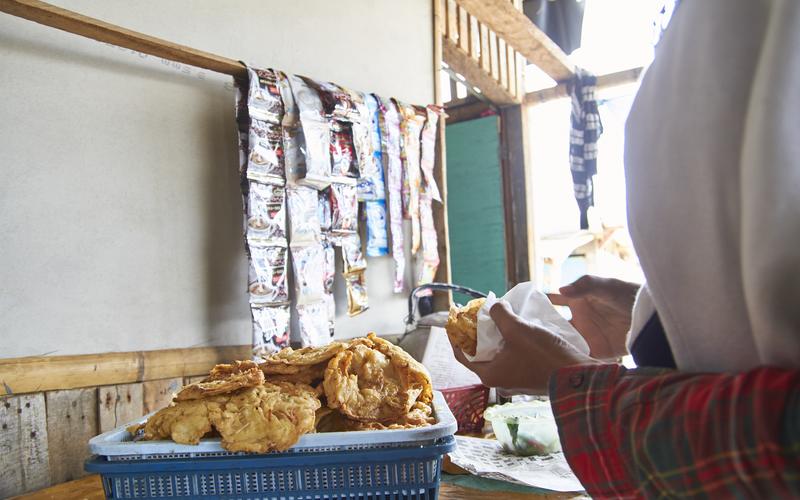 In Indonesia, kampungs – also referred to as “informal housing” – have been perceived by the Dutch as unsanitary and uninhabitable spaces since colonial times. This belief continues to exist in Indonesia’s developmental planning practices today, as the removal of these kampungs is seen as a necessary step in the making of Jakarta as an “exemplary city.” Eviction of residents from kampungs to rented public housing (rusunawa, in local terminology) is justified by the idea that these residents are moved to improved housing. However, housing resettlements are much more than a spatial reordering of buildings. This process has profound implications on the structure of a community’s social life.

In a study from the University of Warwick, Dr. Lisa Tilley and her colleagues gathered testimonies from women evictees in Jakarta to detail the gendered nature of kampung evictions. Researchers found that Indonesia’s housing developmental policies serve to enforce the patriarchal order. They do this by limiting and reshaping women’s social and economic activities while also defining their roles as stay-at-home wives and mothers.

Kampungs are perceived as crammed, disorganized, and unsanitary spaces. In contrast, orderly high-rise rusunawa apartments are seen as models of modernity by the Indonesian government. When communities are relocated it is not just the quality of housing that matters but the types of social behavior that come tied with that space. Managers of rusunawa housing developments have expressed the belief that their main role is to facilitate and enforce socially acceptable standards of behavior of women. This includes “educating” them to live cleaner lifestyles and restricting the types of communal activity such as laundry and cooking in public spaces that are viewed as a disturbance to others.

The study also demonstrates that communities have the power to resist government evictions by refusing relocation to rusunawa housing, organizing rent strikes, and establishing alternate housing communities such as cooperative housing complexes. Many kampung evictees who were interviewed refused to be moved to rusunawa housing because the housing developments were a significant distance from their communities and schools. Women evictees raised their concerns about having to pay rent to live in rusunawa, in particular after being dispossessed of land and shelter they own.

Women’s businesses also suffer when they are relocated, which limits their ability to earn the necessary income to raise their family. Left with no option, many communities still face forced eviction even after refusing rusunawa housing. As a response to kampung demolitions, cooperative housing complexes have emerged. At a kampung site known as Bukit Duri, a collective of around 200 evictees came together to rent a former commercial building with communal open-plan floors. It incorporates the spatial and social structure of a kampung, including open-air laundry, communal kitchens, and more.

This research prompts us to look closely at how urban developmental policies can disproportionately impact one gender. The transition from kampung neighborhoods to rusunawa housing has altered the social spaces and communal activities of evictees. Women are critically affected by this as the new policies reinforce gendered roles for them as stay-at-home wives and mothers. Despite the push by the government, the residents of kampungs are fighting to preserve their way of life and their sense of community. More than anything, this study underscores the importance of working with local community members when developing housing reforms.