Decreasing the carbon footprint of supermarket shopping: Lessons from a virtual shopping experiment 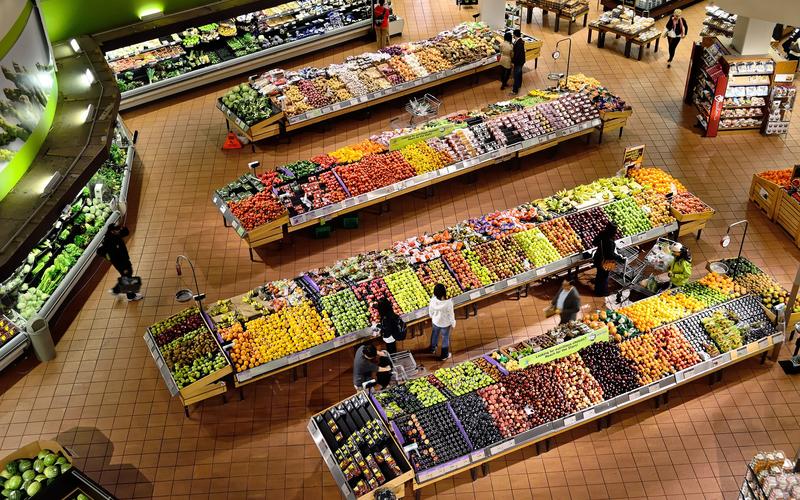 The food you buy in the supermarket heavily contributes to your carbon footprint. However, greenhouse gas emissions probably aren’t the first thing that spring to mind when you’re deciding what to make for dinner. Upon considering whether to go for iceberg lettuce or spinach, you’re more likely to think of things like price, taste, and what type of salad you’re planning to prepare. How can shoppers be encouraged to choose spinach,  the option with the lower carbon footprint?

In a recent study published in the Journals of Environmental Economics and Management, Luca Panzone from Newcastle University and his team of researchers analyzed how individuals can be encouraged to lower the carbon footprint of their supermarket baskets. Through innovative experiments, they sought to gain insight into some of the drivers of environmentally friendly consumer behavior.

The researchers recruited 260 people to take part in a two-week virtual supermarket shopping experiment. Each individual was given a set budget, which could be spent once a week on a wide range of food and drink products. Data on each item’s carbon footprint was clearly presented, and individuals could view the carbon footprint of their supermarket basket on their shopping bill. In the first week, all shoppers shopped to their heart’s content. This allowed the researchers to determine the shoppers’ baseline preferences.

During the second week, the researchers changed the shopping experience for two subgroups of shoppers.  In the first subgroup, the price of high-carbon products increased with a carbon tax. Individuals in the second subgroup were asked to recall their “green” behaviors from the week before. For example, they might be reminded of the time they left the car at home and biked to work. When they registered these behaviors through the website, it calculated the amount of carbon they had saved. The shoppers immediately received a message of encouragement such as this one: “CONGRATULATIONS! Over the last seven days you have saved [estimated CO2 saved] grams of CO2”.

Interestingly, both asking consumers to recall environmentally friendly behavior and presenting them with a carbon tax successfully ‘nudged’ consumers in the direction of low-carbon consumerism. The interventions were equally successful in reducing the shoppers’ carbon footprints: each led to a reduction of approximately 2.5-3.5 kilograms of carbon dioxide per shopping trip.

This research paves the way towards stimulating carbon-mindful supermarket shopping. The next step is to figure out how we can translate the results of this research into national or firm-level policies aimed at reducing carbon emissions. The impact of such policies could be quite large. A quick estimate reveals that either of these interventions could decrease the United States’ total yearly carbon emissions by 25 billion kilograms of carbon dioxide*. This is equivalent to removing approximately 5 million cars off the road for a year. With a little nudge in the direction of low-carbon shopping, making the choice between spinach and iceberg lettuce might become even easier.

*This estimate assumes that there are 160 million weekly shoppers in the United States (this is likely to be a modest assumption), that all reduce their carbon footprint with 3 kg of CO2 a week.