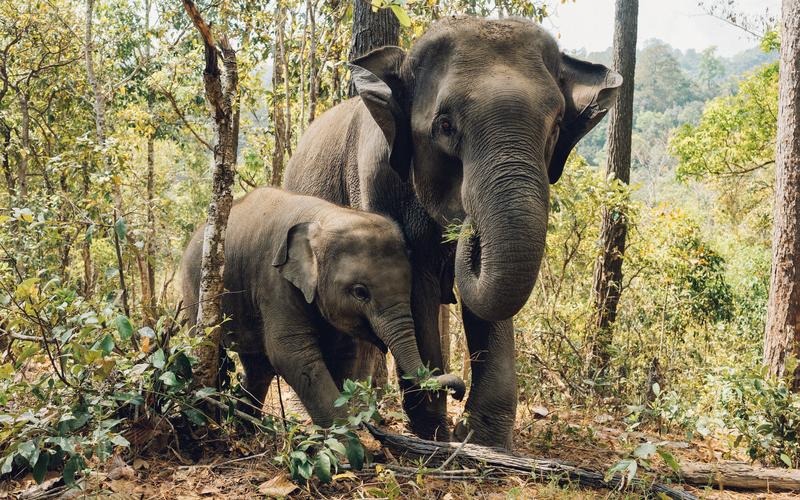 For large mammals to survive, existing protected areas across the globe need to be expanded and connected to nearby habitats. Elephants for example, which are under threat because of the ivory trade, are an important species in the ecosystem and need extensive land to survive.

Conservation projects aimed at expanding wildlife-protected areas require precise knowledge about areas that are crucial for the survival of different species. This precision ensures that the projects will include key habitats essential for important species such as large, wide-roaming, mammalian carnivores to thrive.

In an article published in the Cambridge Core, researchers Emily K. Madsen from the University College of London and Femke Broekhuis from the University of Oxford studied large mammals and factors that influence their range outside of protected areas. Some of the animals they studied include cheetahs, elephants, spotted hyaenas, leopards, lions, and wild dogs. The researchers selected these five mammals largely because of their sensitivity to human disturbance, which is an important factor to consider when earmarking locations for protected areas expansion.

The study was conducted outside the Maasai Mara National Reserve and other nearby communally owned conservancies located in southwest Kenya—an area renowned for the annual migration of high densities of predators. Experienced male Maasai tribal heads assisted researchers with collecting data on the frequency of mammal sightings through interviewing people who work or live within the study area.

The researchers recorded these sightings at different locations in relation to distance to protected areas, human presence, and distance from rivers. They then merged the data to create a map illuminating potential areas for expansion of wildlife protection areas.

The research yielded three key findings. All species studied, except hyenas, preferred areas very close to the boundaries of protected areas. Lions, leopards, wild dogs and elephants are mostly found near rivers, emphasizing the importance of water bodies in the selection of areas for conservation expansion projects. Additionally, all the species studied avoided human contact to some degree, showing how important it is to avoid building near the edges of protected areas.

It was evident that large wide-roaming mammals avoid human contact, which limits their movement to the boundaries of their protected areas. This does not favor their survival—mammals need to connect to nearby habitats for better breeding. For the survival of wild animals, as this study highlights, we need to expand protected areas based on accurate scientific knowledge of travelling routes and habitats that facilitates their survival.