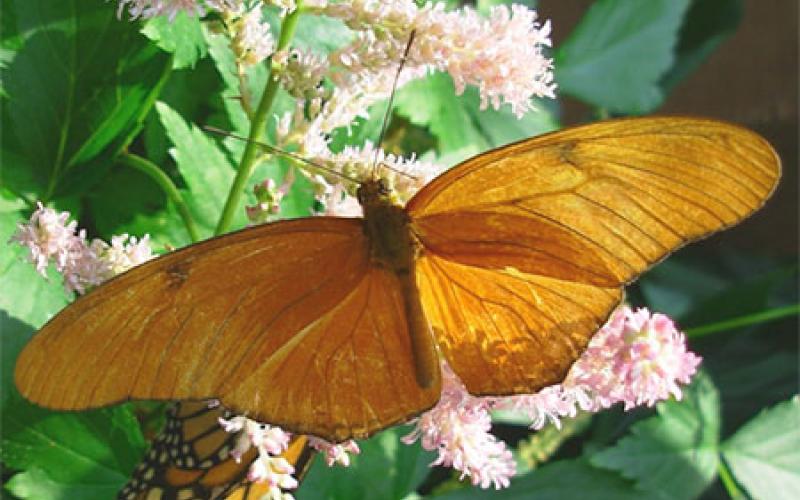 Protected areas, like national parks and state forests, have historically served as the main systems for global biodiversity conservation. But will these areas be as helpful when climate change takes its toll?  Studies show that species are already responding to warmer temperatures by changing their normal habitat ranges. Many are moving outward — toward the North and South Poles — and higher in elevation. Wildlife conservationists are concerned that some species will be migrating out of these zones of protection and into exposed, fragmented, unwelcoming landscapes.

In a study recently published in Conservation Letters, Phillipa Gillingham of Bournemouth University in the UK and associates attempt to address these concerns. The team studied the movements of 99 species of insects found in Great Britain, including butterflies, dragonflies, and damselflies. Detailed data have been recorded since 1965 on the exact locations of these species across England, Scotland, and Wales, making them ideal for historic comparisons. The data were collected primarily by "citizen science" volunteers. They recorded data both within and outside of protected areas in the United Kingdom.

Researchers examined the degree of preference that these insect species showed for protected areas. They also looked at colonized ranges, or areas where the species were not known to live in the past but have moved into within the last 50 years. By contrasting historic core ranges with new colonized ranges, they identified trends in movement over time.

Yet some sensitive species do not thrive in protected areas. The Banded Demoiselle (Calopteryx splendens), for instance, requires specific types of slow-flowing waterways for reproduction. Most of these waterways are no longer in favorable conditions, and only 2 to 6 percent of current protected areas in Britain even contain the suitable Demoiselle water habitat. The Banded Demoiselle, therefore, is more common outside of protected areas. A similar case is the White-letter Hairstreak (Satyrium w-album). It relies upon the Elm as a host plant, which is now more commonly found in agrarian hedges than in forests due to the invasive Dutch Elm disease. The White-letter Hairstreak is also more commonly found in non-protected lands.

This research project may be unique since it studied only insect species in an area of the world that is extremely developed outside of protected areas. However, it demonstrates that, at least in some situations, protected areas will continue to be vital for biodiversity. The unfavorable conditions they create for certain individual species, though, underline the importance of reassessing the protected areas system. As more species are forced to relocate due to climate change, protected areas managers must build opportunities beyond stagnant preservation methods, including wildlife corridors, buffer systems, and human-wildlife coexistence strategies.