Climate change and refugees: How drought and war lead to more asylum seekers 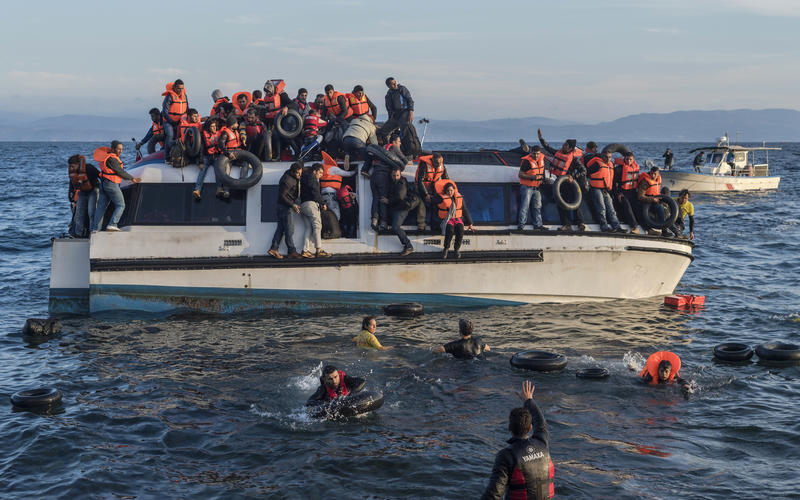 Climate change is not just an environmental issue: it is an ‘everything’ issue. From public health to food prices, rising global average temperatures impact almost every aspect of modern society. Immigration and refugees are no exception. A new article in the January 2019 edition of Global Environmental Change provides the strongest evidence yet that climate change is increasing the number of people requesting asylum around the world.

In theory, we have long speculated that climate change-induced droughts can lead to conflict. The harsh conditions brought about by droughts may force rural families to move to overcrowded cities, or convince individuals to give up farming and join an army or militia. Until recently, there was no way to be sure whether an increase in conflict-related asylum seekers could be attributed to climate change, or whether such an increase was the result of to pre-existing factors like ethnic tensions and income inequality.

Through rigorous statistical methods, Professor Abel and his team of researchers have finally isolated the impact of climate change on conflict-induced migration. Their study used a prominent drought index as a proxy for climate impacts between 2006 and 2015. The researchers concluded that climate change has indeed increased the number of people seeking asylum, but so far the effect has been time- and location-specific.

The link between forced migration, conflict, and climate change was especially strong for countries in Western Asia, Northern Africa, and sub-Saharan Africa from 2010 to 2012, during the Arab Spring. However, the researchers found that the link didn’t exist for all conflicts. Climate change did not appear to increase the number of asylum seekers from the previously mentioned areas between 2006 and 2010, nor did it do so in other parts of the world during the studied time period.

According to the study, the countries where climate change led to forced migration generally lack the strong democracy and governance needed to deal with climate change. The researchers suggest that policies aimed at helping these countries adapt to climate change could reduce the chances of further conflict and forced migration. They also recommend that global policy efforts, including the United Nations’ Sustainable Development Goals (SDGs), acknowledge the interconnections between their goals for climate change, conflict, and refugees.

The authors conclude that climate change will only increase the number of asylum seekers coming from countries with weak democracies facing political turmoil. One caveat not pointed out by this paper, is that though this is a detailed study of recent historical trends, it does not analyze possible future scenarios. As global temperatures continue to rise, droughts could become even worse than they were in the decade the researchers studied. What impacts those worsening climate impacts will have on forced migration in the future should remain an open question.

Newspaper headlines have long pointed out the link between climate change and refugees. Thanks to this study, these stories now have solid statistical grounding. This is a powerful reminder of the many ways that humans are an interconnected part of the earth. Climate change brings dire consequences for far more than just the natural environment, affecting conflict, immigration, human rights, and much more.