In China, the potential for harnessing the power of waste cooking oil 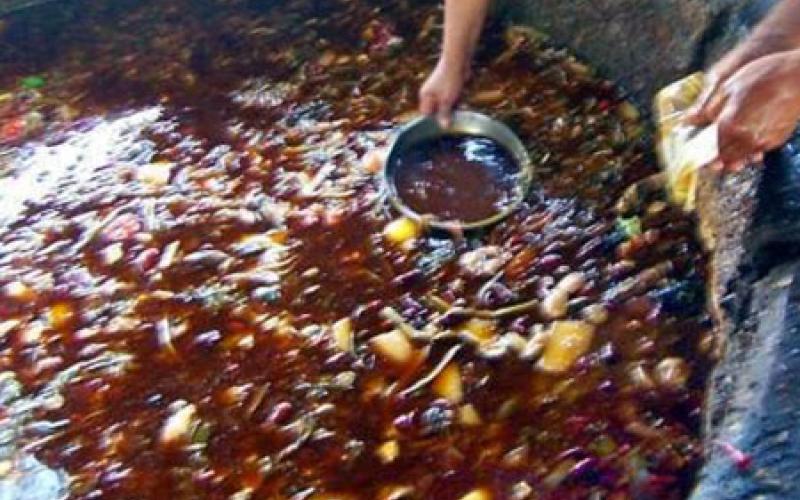 China's food culture depends heavily on cooking oil for daily use. In fact, the country produces 2.73 times as much gutter oil as the European Union, the U.S. and Canada combined. However, 10 percent of this cooking oil comes from illegally used gutter oil, which threatens human health. SkyNRG, a Dutch company and world leader and supplier in sustainable jet fuel, succeeded in producing aviation biofuel from waste cooking oil. Thanks to China's abundant waste oil there is a huge potential to recycle Chinese waste oil for bio jet fuel production.

In a paper published in the Journal for Bioresource Technology, a team of researchers discusses the potential of producing biodiesel and bio-kerosene derived from waste oil. In China, around 43.5 percent of aviation fuel demand could be covered if reusing waste oil for aviation bio-kerosene. The paper provides an analysis of the magnitudes of China's waste oil and waste oil-derived biofuels at macro scale. The lead author is Sai Liang from Tsinghua University.

The authors use an input-output based life cycle assessment (IO-LCA) model to quantify the amount of waste oil, comprising gutter oil, acid oil and rice bran oil, from a production and consumption perspective. The results show that in 2010 China produced 13.74 million tons of waste oil — about twice as much as during 1990 — making China the world largest gutter oil producer.

The findings suggest there are potentially vast resources for waste oil-derived biofuel production. According to the analysis, China has a potential to produce 6.25 million tons of aviation bio-kerosene and 3.03 million tons of co-product biodiesel using these abundant waste oil resource. In CO2 emissions terms this would represent about 28.8 percent of China's mitigation achievements of the Kyoto Protocol Annex B countries during the period of 1990-2008.

This could lead to substantial improvements in policy standards. In example, instead of a fuel blend mandate of 2 to 5 percent for biodiesel, the fuel blend mandate could increase to up to 10 to 20 percent for biodiesel used for vehicles. The authors also highlight important advantages for cost mitigation because of stricter emission regulations. For example, because of EU's newly established aviation carbon tax China could save up to approximately 39.1 percent through aviation carbon tax expenditures.

However, the authors identify two main challenges for waste oil-derived biofuel. One is the feedstock collection and the second one the production technology. Because waste oil is mostly used for illegal purposes, it is difficult to collect waste oil and make this collection simultaneously economically attractive. Also, because half of China's waste oil is gutter oil there is a challenge in the high number of pre-treatment processes such as filtration and extraction to achieve the needed purified gutter for aviation bio-kerosene.  This would have important cost implications for the bio-kerosene cost premium compared to alternative jet fuels. In both areas, financial subsidies from the Chinese government will be needed.

In conclusion, the article highlights the potential for China production of waste derived bio-diesel and bio-kerosene. China, being the largest waste-oil producer, is faced with interesting opportunities in finding alternative solutions for its energy and transport sector. Additionally, China could improve and mitigate its food security and climate change challenges.