Can wildlife and humans coexist in urban rivers? 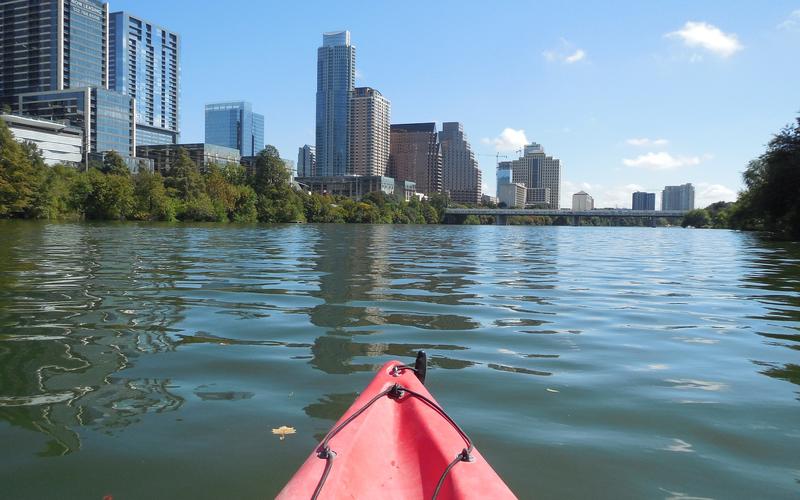 For millennia, humans have gathered around rivers. We’ve built great cities along the Nile, the Thames, the Mississippi, and uncountable others. We’ve relied on rivers for sustenance, industry, and inspiration. Along the way, we’ve polluted their waters, straightened their curves, and smothered their banks in concrete.

In recent years, many cities have redefined their relationships with the rivers that flow through them. They are investing in ambitious restoration plans to transform rivers into focal points of community greenspace, climate resilience, and even urban wildlife habitat. Many rivers are responding well to these restoration projects. Their water quality, flow patterns, and vegetation have recovered to conditions more closely matching “natural” rivers. Interestingly, many wildlife species have not returned to the restored rivers, even when the ecosystems match their habitat needs.

Aude Zingraff-Hamed and her team of researchers from universities across Europe studied the Isar River in Munich, Germany to better understand why this may be. Since the 1990’s, the city of Munich has removed concrete channels, restored more natural stream flows, and turned the Isar into a thriving center of recreation and relaxation for their residents. Munich also hoped to bring back a native species of minnow, the Common nase, which historically thrived in the river. To accomplish this, the restoration plan incorporated all six habitat types nase need throughout their life cycle. Based on the river’s restored flow patterns, bottom sediments, and plant life, the fish should have been thriving. Surprisingly, as of 2012, the Isar was not supporting the nase at any life stage.

Around a foot long at full size, Common nase are a shy and secretive fish, especially as juveniles and during the breeding season. They can be scared off by a dogwalker along the shore or a single inflatable boat overhead. Given this shyness, Zingraff-Hamed and her team explored whether human recreation pressures were affecting nase recovery in the river. They counted swimmers, boaters, and even people walking next to the Isar throughout the year and categorized stretches of the river by how intensely the areas were used. They found that people and fish both preferred the same slow moving, rocky-bottomed stretches of the river. These habitats are especially critical during nase’s sensitive juvenile and spawning phases. However, the fish stayed away from even the best habitat areas if they were heavily used by humans. This was most clearly illustrated in a stretch of the Isar River where a steep embankment reduced the number of human visitors. Fish preferred this quieter area over better habitat in higher-traffic areas. These interactions between human and wildlife uses of urban rivers is a critical and often overlooked aspect of urban river restoration.

Integrating recreation planning and wildlife habitat planning can help city planners, ecologists, and river advocates design restoration plans which reduce conflicts between wildlife and people. Designated wildlife refuge areas, like that hard-to-access part of the Isar, can help wildlife co-exist with active recreational use in other parts of the river.

Today, more of the world’s population lives in cities than ever before. This rapid urban growth brings new challenges and much-needed opportunities for historically degraded rivers. Old industrial buildings are being converted to luxury apartments. Concrete-bound industrial shorelines are replaced with bike paths, green spaces, and cafes overlooking sparkling water. City planners are considering new ways to manage rivers to increase resilience to climate change.  In some places, water quality has improved so much that people can safely boat, fish, and even swim downtown for the first time in decades. This study highlights the importance of an interdisciplinary, integrated planning approach. With careful planning, people and nature can thrive together in revitalized urban rivers well into the future.