Can New York City be a global leader in energy efficient building design? 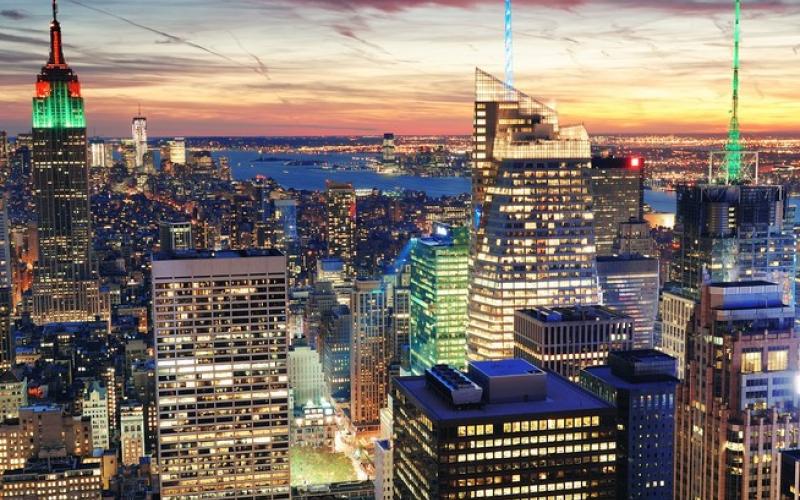 Within the climate change mitigation sphere, it is widely accepted that reducing greenhouse gas (GHG) emissions from buildings is essential to limiting the future increase of global temperatures. A large part of these GHG emission savings will come from both improving energy efficiency in buildings and increasing the use of clean energy — or energy with very low GHG emissions associated with it — in mega-cities. As global populations increasingly move from rural to urban areas, it is important to establish clear pathways to reducing GHG emissions in cities.


A study recently published in the journal Energy for Sustainable Development shows how the GHG emissions of buildings in New York City can be reduced by 61 percent through energy efficiency measures alone, and by greater than 95 percent with the help of clean electrical energy sources. Researchers at Pratt Institute and the U.S. Green Building Council of New York used eight different building types to represent the building stock of the city, and then used energy simulations to explore the benefits of improving energy efficiency and introducing clean energy sources, such as solar photovoltaic panels (PV). The savings in energy consumption were substantial.
Some of the most influential energy efficiency changes in the buildings include reducing air leaks, increasing insulation, installing high performance triple-glazed windows, and switching to ventilation units that are capable of pre-heating or pre-cooling air before it is further heated or cooled by high performance heat pumps. Other significant measures include replacing systems that are powered directly by fossil fuels with systems powered by electricity generated from clean and non-emitting energy sources.
Adding solar PV to one-quarter of the area of all building rooftops (to account for rooftop space lost to fire lanes and entire roofs lost to shadows from neighboring buildings) has the potential to supply approximately 20% of all buildings' electricity needs, according to their findings. Combined with the clean electricity already available in New York City, only 40% of the buildings' total electricity needs would need to be added through other clean energy sources. Although the authors admit that adding large amounts of clean electricity is both challenging and expensive, they also note that the remaining 40 percent can be supplied by a combination of clean sources, including offshore wind, solar PV on parking lots and roads, Canadian hydropower, or nuclear power.
Although the combination of electrification and clean energy sources is admirable, the benefits of improving building energy efficiency are the most significant findings of the study. With approximately 75 percent of New York City's direct GHG emissions (produced within the vicinity of the immediate city) coming from energy consumption in buildings, a 61 percent reduction in building emissions from energy efficiency improvements will cut the city's locally-produced GHG emissions (excluding the emissions associated with products and services produced in rural hinterlands and flowing into the city) in half. These potential improvements would also benefit the local economy with an addition of approximately 11,000 construction jobs over 40 years, or an increase of 10% relative to the existing construction industry employment levels, according to the study.
The benefits from improving energy efficiency in New York's buildings could be far-reaching. New York City is charismatic and well-known relative to other mega-cities, and consequently has a large opportunity to lead the way in energy efficient building design. New York City Mayor Bill de Blasio looks to do so with a widespread effort to improve the energy efficiency standards for all public buildings.
Read more regarding:
Industrial Ecology & Urban Planning
Climate Change & Energy
Jacob Bukoski