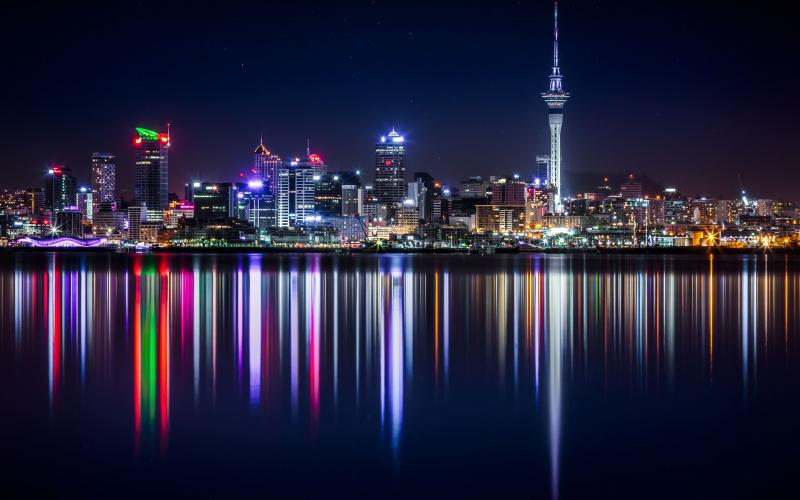 Migratory birds all over the world are at risk due to landscape development.  As people build roads, homes, and entire cities, birds lose access to a wide array of vital habitats and resources.  Such losses are particularly detrimental for migratory birds, which rely on larger ranges for survival.  Canada geese may see fewer lakes and ponds along their flyways; cerulean warblers could find only small patches of intact forest in which to rest.  Undeveloped stopover habitat gives migrants better protection from predators and more abundant insects and vegetation for food.  A new study published in Ecology Letters suggests that urban light pollution may affect birds’ choices in stopover habitat, making the protection of migratory birds even more difficult.

Using weather surveillance radar (WSR) to measure bird densities at an unprecedented scale, researchers from the University of Delaware tracked North American birds moving south during the autumn.  They found that city lights attract migrating birds, pulling them off course.  However, birds usually maintain a distance of a few kilometers from light sources, obscuring the problem posed by light pollution.  Urban residents may not realize their lights are problematic if rerouted birds remain unseen, outside of city limits.

Migratory birds may not fly directly into cities, but their proximity to urban areas can still have a grave impact on their health.  Birds that stop near cities at night forgo the opportunity to eat and rest at more suitable, forested stopover sites.  They are also more likely to die or be injured from encountering urban hazards like roads and buildings.  Consequently, birds that land in urban areas could become less fit for the remainder of their migration and arrive in poorer condition.

Protecting migratory flyways will only become more challenging as urbanization increases and climate change threatens to shift habitats and species to new landscapes.  It is therefore crucial that humans take action before migratory bird populations suffer more losses.  The researchers suggest implementing energy-efficient policies to reduce light pollution, but it is unclear if this approach would be feasible for a large city.  They also propose increased monitoring efforts in critical migratory areas – a strategy in which WSR could play a useful role.  City planners and managers could use WSR tracking data to protect areas near cities that are already in use as stopover bird habitat.

Whatever the strategy, protecting migratory birds should matter to urban and rural dwellers alike.  Migratory animals impact ecosystems throughout their entire range, which can reach upwards of 10,000 miles for some birds.  In landscapes increasingly dominated by humans, it is imperative that we assess how our presence impacts other species.