Are wolves and road construction compatible? 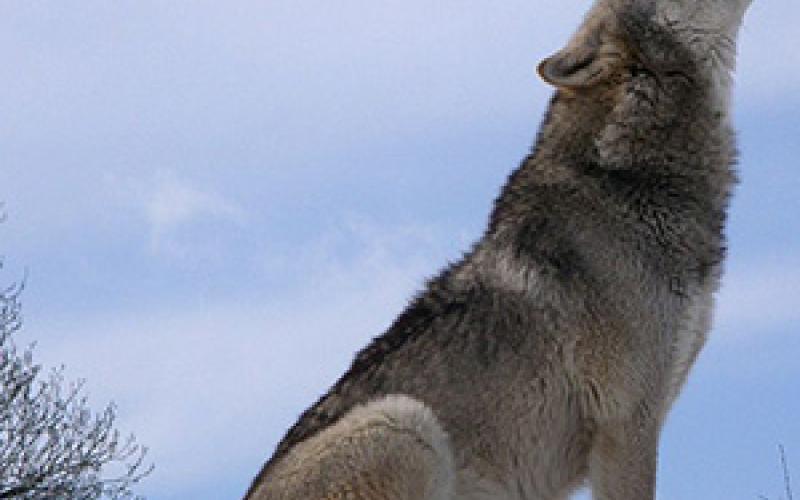 Roads are the most common type of human infrastructure found in the forest, yet they can pose serious problems for wildlife. How much a road affects wildlife depends on the intensity of road-caused disturbances and the species itself. Roads can be a barrier to wildlife movement, lead to habitat loss, and increase access to hunting and poaching. The cumulative effects of roads could possibly impact whether a species' local population will thrive or survive. Even so, species such as wolves can benefit from roads through increased food availability—that is, roadkill.


A group of scientists from the University of Quebec at Rimouski and the Quebec Ministry of Natural Resources and Wildlife assessed how disturbances associated with roads impacted wolf movement and their use of their habitat. Using one of the largest data sets available for wolves, the scientists report in Landscape and Urban Planning how major roadwork and human activity levels impact wolf movement during different times in the wolf reproductive cycle.
The scientists captured wolves and attached Global Positioning System (GPS) collars that transmitted each wolf's location to the scientists.  The scientists tracked wolves that lived near Highway 175 in the Laurentides Wildlife Reserve, which over the course of the four-year study period, was converted from a two lane highway to a four lane highway. The scientists also tracked wolves that lived near two smaller  provincial roads, which were used as controls since they were the same size as Highway 175 before enlargement. The scientists also used patterns from the collared wolf movement data, wolf ecology, and hunting behavior, to determine the dates that wolf reproductive life stages occur.
Across the four years of Highway 175 road construction—amounting to several iterations of the wolf reproductive life cycles—the scientists collected wolf movement data. They compared wolf data from before Highway 175 was enlarged, during active construction, when construction had temporarily stopped (inactive construction), and after Highway 175 was finished. Lastly, they compared wolf data from Highway 175 against data from the smaller, unimproved provincial highway controls.
Although how often wolves came near or crossed roads differed depending on the time of year and the wolves' life cycle stage, in general, road enlargement did not impact how often wolves crossed a road per day. The scientists speculate that this may be because the wolves most often crossed roads at night, when no work was occurring. However, during the denning period when mothers travel with pups, fewer wolves crossed the road compared to the before construction started. Of these scenarios, the active construction sites saw the biggest reduction in wolf crossings, especially as compared to inactive construction sites.
Wolves crossed Highway 175 less frequently after lane expansion than before construction. The scientists suggest that for wolves, crossing a four-lane highway as compared to a two-lane highway is much riskier. Furthermore, the edges of newly constructed four-lane highways are often deforested, altering the surrounding habitat. This impacts the vegetative cover that wolves use to initiate road crossings. The scientists suggest that wolves can tolerate human disturbance and activity, but need to hide in vegetative cover nearby when human activity is high. The scientists suggest that wolves prefer inactive construction areas because of the forested cover nearby. The wolves could hide in the woods during the day and wait to cross at night.

Overall, the scientists conclude that wolves respond to the presence of humans more than changes in a road. Except during the nomadic life stage cycle when foraging for food, wolves will avoid areas where humans are actively constructing the road. Wolves' reactions to roadwork change over time as the wolves adapt to the changes in their environment. For example, denning wolves with vulnerable pups avoided humans at active construction sites, but did not mind inactive construction sites—devoid of humans—as much.
The scientists warn that the negative impacts of human activity are experienced more during the denning and rearing time periods. Wildlife managers and road specialists can mitigate their impact on wolves—large carnivores than can influence the population of many prey species—by accounting for how human activity and infrastructure influence wolf movement.
Read more regarding:
Conservation, Biodiversity & Oceans
Land Management & Land Use
Liz Thomas