Another one bites the (road) dust: Study shows consequences of particulate matter 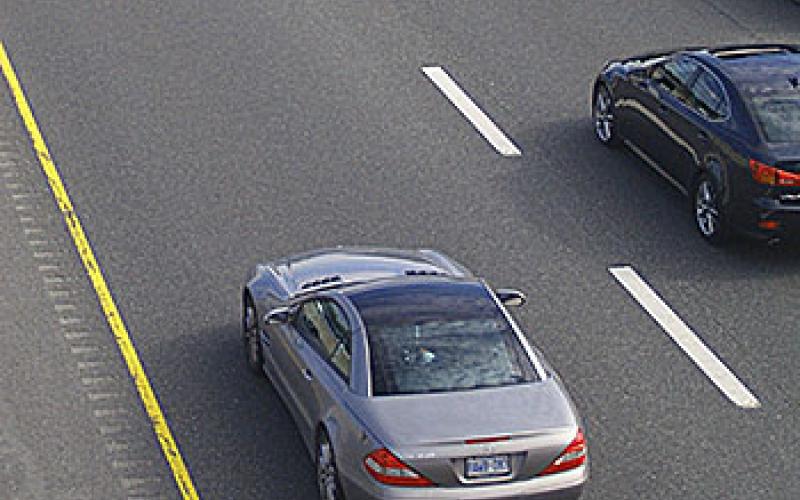 Air pollution has known negative impacts on human health. Particulate matter, an air pollutant regulated under the U.S. Clean Air Act, is made of small particles and liquids, and is classified by scientists and regulators according to its size. The smallest type of particles — particulate matter smaller than or equal to 2.5 micrometers (PM2.5) in diameter — is suspected of having significant effects on the human heart and lungs. (For the sake of comparison, a human hair has an approximate diameter of 60 micrometers.) Although a number of epidemiological studies have indeed demonstrated associations between short-term exposure to PM2.5 and hospital admissions, chemical variations across time and space — and the lack of specific chemical composition data — have made the constitution of the PM2.5 responsible for such hospital admissions difficult to isolate.


In a recent study, led by Michelle Bell at the Yale School of Forestry & Environmental Studies, scientists set out to determine what type of PM2.5 drove air pollution related cardiovascular and respiratory hospitalizations in Massachusetts and Connecticut. Their results, published in Environmental Health Perspectives, show that the most harmful particles included black carbon and calcium, and that road dust was a significant source of emissions.
Using datacollected from air filters from the Connecticut and Massachusetts Departments of Environmental Protection, the researchers analyzed the chemical composition of PM2.5 trapped in the filters from August 2000 to February 2004 at five distinct locations. They focused on those chemicals that were already identified as potentially harmful, including aluminum, bromine, calcium, chlorine, nickel, potassium, sulfur, silicon, titanium, vanadium, and zinc. They used source apportionment methods to distinguish whether the elements came from motor vehicles, oil combustion, road dust, sea salt, or another regional source (including coal combustion), and accounted for temperature variations.  Using a Medicare database, they then used statistical methods to determine the influence of these factors on the hospitalization rates of patients aged 65 or older.
The researchers found that cardiovascular hospital admissions were strongly associated with the total mass of PM2.5, and with contributions from road dust. Within the PM2.5 specific to the two states, calcium, black carbon, vanadium, and zinc were among the elements that seemed to be most closely associated with cardiovascular hospital admissions. Similarly, respiratory hospital admissions were strongly associated withroad dust, but also with sea salt. Aluminum, calcium, chlorine, black carbon, nickel, silicon, titanium, and vanadium were also found to be associated with such admissions.
Of the five sources examined, only road dust was shown to be significant in explaining variations in hospitalization rates for both cardiovascular and respiratory admissions. Salt was also shown to be significant for respiratory admissions. These however did not represent the largest contributions to the total mass of PM2.5, showing that regulation of particulate matter solely through mass indicators may be inadequate in protecting human health. This is particularly relevant because as highlighted by the authors, current regulation of particulate matter emissions through the Clean Air Act focuses on the total mass rather than the composition or source of PM2.5. Further, the authors highlight that while their results support that some constituents of PM2.5 are more harmful to human health than others, contradicting results among studies demonstrate the need for further research on the impacts of individual constituents on human health.
The research team included scientists from the Yale School of Public Health, the Harvard School of Public Health, and the John Hopkins Bloomberg School of Public Health. The research was funded by the U.S. Environmental Protection Agency and the National Institute of Environmental Health Sciences.
Read more regarding:
Society & Health
Industrial Ecology & Urban Planning
Veronique Bourg-Meyer