Amanda Lynch and the Philosophy of Coexistence 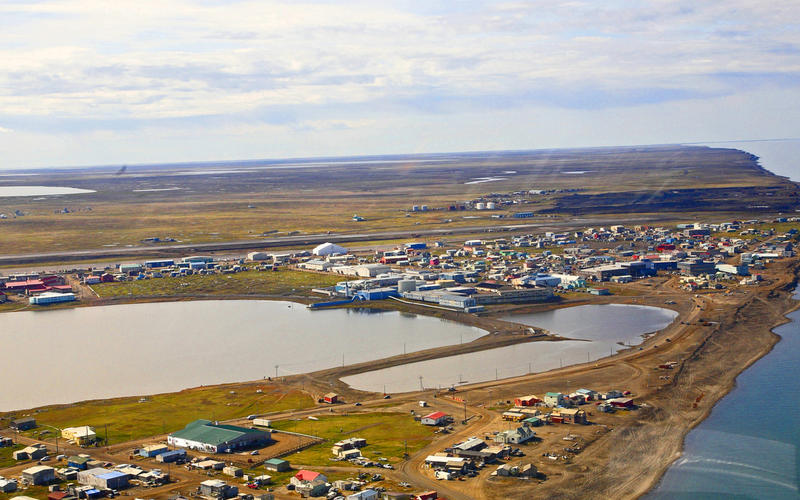 Lynch, Amanda H., and Siri Veland. Urgency in the Anthropocene. The MIT Press, 2018.

Dr. Amanda Lynch is the Director of the Institute at Brown for Environment and Society and is the sort of person about whom a million different narratives could be told, each true and coexisting with the others. When I asked her to tell me her story on a recent phone call, she noted coolly that, “stories are always post hoc, you know? There was no plan, and there still isn’t.”

Amanda is someone who operates in patterns and principles, not objects and identifications. “If there has been a guiding principle, it has been to say yes to opportunity rather than no, with a side of how hard can it be?”

While most of us merely talk about interdisciplinarity, Amanda lives it, and always has.

She tells me her first love was mathematics, then meteorology, then arctic climate modeling. Just after developing the first Arctic regional climate system model, she was in Utqiagvik, Alaska taking drone pictures of receding sea ice when her Inupiat bear guard asked, “If climate change is going to affect the Arctic, how is the research you’re doing going to help me?” After no answer surfaced, some cocktail of disappointment and motivation immediately set in. Instead of holing up in her identity as a climate modeler, internally concluding “that’s not my problem,” she dug in.

“The obvious thing to do is to ask them what they need, the missing information that they need that I have the capacity to provide. Yet, I quickly realized I didn’t have the tools to do so.” One solution would have been to acquire those tools on her own. Another is to build relationships with those who do.

Then at the University of Colorado, Dr. Lynch recounts a chance encounter with the political scientist, Dr. Ron Brunner. “He gave a seminar about the ways in which climate science had framed the climate change problem in a way where it was almost impossible to solve from a political standpoint, which was really eye-opening for me.”

The two began talking, and in the years that followed let their research disciplines interact in a way that imagined climate change in the Arctic through a novel frame, one that would have been impossible by either climate modeling or political science alone. The most lasting impact Brunner left on Lynch was perhaps in introducing her to the policy sciences, an interdisciplinary method for understanding and solving problems. “I don’t know what it is about the language, but it really works for me, it’s very precise in a way that speaks to my mathematical mind.”

These days, little of Dr. Lynch’s focus is on climate modeling. “Probably half of my publications are in modeling. It’s probably even going down.” Instead, she has been focused on a new productive academic tension, this time with human geographer, Dr. Siri Veland. Their new book, Urgency in the Anthropocene, certainly a far cry from hardcore climate modeling, is a resonance between policy science and human geography.

The book uses a policy science framing to argue that, beyond the disastrous phenomenon characteristic of the Anthropocene — the era in which the human species has become the most significant geological force — there is a coupled human philosophical crisis that is the primary complication of our times. This philosophical crisis, Amanda tells me, is a crisis of our myths, or the valid stories about how the world works from which humans find meaning. “The part where people get stuck is in thinking that myth is necessarily false. Myth is neither false nor factual. In fact, it doesn’t really matter. It’s just an internal logic.” In the book, Lynch and Veland make the case that, given the global environmental context of the Anthropocene, the stories we were told about how to expect the world to work are no longer useful.

When I ask Amanda what can be done, her pragmatism comes to light as she parrots a central conclusion of the book: we must coexist. “Inconsistent, incompatible, and irreconcilable doctrines will persist side by side…and we have to go forward anyway.” Rather than spending time convincing those around us of how correct we are about how the world works, we should instead listen and become curious about common interest.

As Amanda explains herself, I become aware that coexistence for Amanda is not just an ideal, but a lived pattern. “I asked Siri to do this with me because she and I think in very different ways, we have a different literature that we draw from, and we’re very good at talking things through together…To a certain extent we model coexistence in our scholarly relationship.” I think about how long I have spent convincing economists that the quantitative abstractions they create about nature are dispiriting, and how little I’ve actually listened.

The implications of Amanda’s work are illusive and unsatisfying to the modern mind, which is perhaps the point. Philosophical authority has been left in the dust by the technical sciences, and the money has followed. As the urgency of our global crisis grows, we continue to double down on our assuredness in basic assumptions. And yet, it is those same assumptions that, in the words of Amanda, “are insufficient.” If there is any takeaway from Amanda’s work, it is perhaps the ironic declarative: ask more questions!

Dr. Amanda Lynch is a Doctor of Philosophy (PhD), mathematician, meteorologist, climate modeler, policy scientist, Director of the Institute at Brown for Environment and Society, and co-author of the new book Urgency in the Anthropocene.