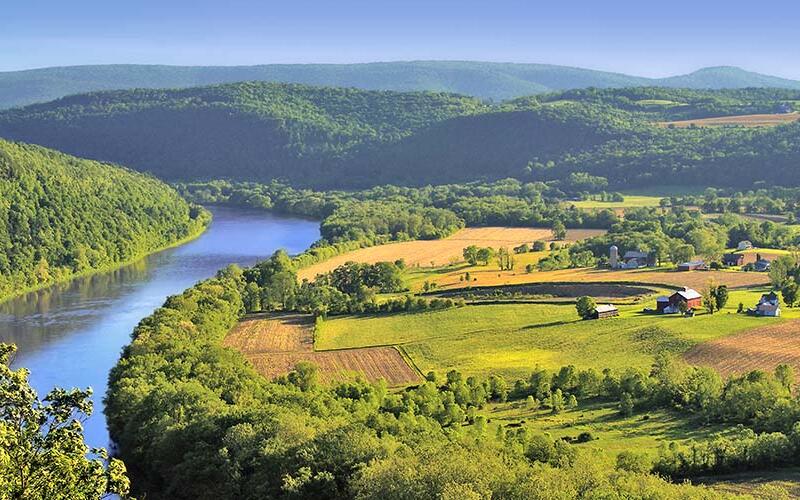 Scientists predict that the United States will experience more frequent episodes of drought in the coming decades. Farmers, who consume more water than industrial and municipal users combined, will bear the brunt of water shortages, as they struggle to irrigate dry land with limited water resources. This is especially true in the Southwestern U.S., where competition for water is already high.
One remedy, proposed by economists and scientists alike, is to establish water markets. In a water market, a regional authority allocates “water rights” to different water users. Each water right serves as a legal entitlement to a specific quantity of surface water. Water rights holders are then able to trade these rights amongst themselves. In theory, water markets increase “water productivity” by allowing high-value crop growers, like fruit farmers, to buy water rights from lower-value crop growers, like wheat farmers. “Water productivity,” in this case, is the dollar value produced per unit of water applied
But in practice, the impact of water markets has been difficult to measure because of limited and unreliable data on water market transactions. In their recent study published in Advances in Water Resources, researchers Peter Debaere and Tianshu Li overcome this hurdle by using changes in crop production as a proxy for water right transfers. Their study focuses on the Rio Grande Valley in Texas because it has one of the few established water markets in the country. Adjacent to the Rio Grande Valley are several counties with similar topographies and drought patterns that do not have a water market. This allowed the researchers to use the Rio Grande Valley as the treatment group and neighboring counties as the control group.
To assess the impact of the water market, the researchers analyzed how the production of high-value crops changed over time in the treatment and control groups. They found that after the Rio Grande Valley established a water market, crop production shifted towards crops that could use water more productively. This suggests that farmers with low-value crops were leasing their water rights to farmers with high-value crops. Drought significantly amplified this effect. Counties without water markets (the control group) did not experience these shifts, and farmers continued to produce low-value crops, even during drought. This comparative analysis of regions with and without water markets shows that water markets do move water to more productive uses, especially in times of drought.
Debaere and Li also indirectly present a model for a well-functioning water market. In the Rio Grande Valley, farmers can easily access information on existing water rights and execute water transactions at a relatively low cost. The ease of executing transactions is aided by the presence of a Watermaster who oversees the market. The region also has highly diversified cropland, so there are economic gains to be made from transferring water rights from low to high-value crop growers. Finally, the Rio Grande Valley has limited groundwater supplies, which means that farmers can’t tap into groundwater during drought and must instead look to surface water transfers.
The case of the Rio Grande Valley shows that if certain regulatory and topographic conditions are met, water markets can effectively increase water’s productivity. With the increasing frequency of drought events in the United States pushing water resources to their limits, establishing water markets might prove key to increasing drought resiliency.
Marisa Bruno