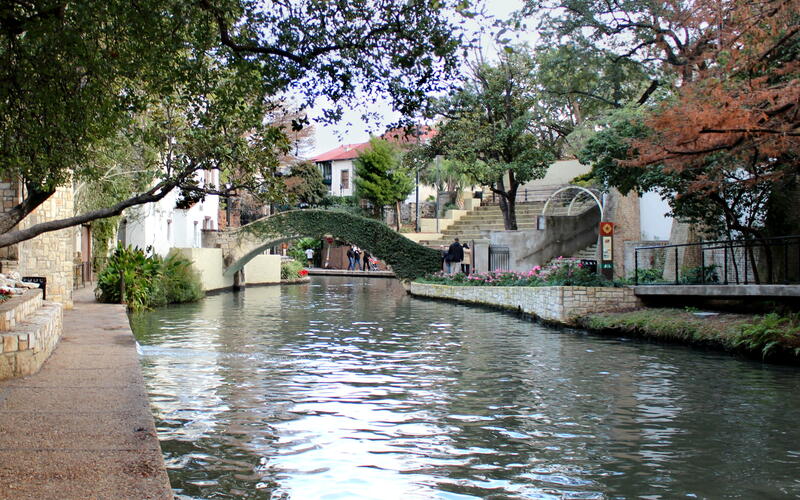 Every day, six billion gallons of water are lost from leaking drinking water pipes across the United States – enough water to support the daily needs of 20,000 households. As this water leaks into the ground, it is an out-of-sight, out-of-mind problem. The effort to update the U.S. water supply system, even in the face of compounding threats like growing populations and climate change, has been a slow process.

In 2017, the American Society for Civil Engineers gave the U.S. water infrastructure system a “D”, meaning “at-risk”, based on poor pipe conditions, the difficulty of repairing them quickly, and lack of funding for improvement projects. The U.S. installed most of its water infrastructure in the early 1900s, and these pipes only have a lifespan of about 100 years. Instances of leaking pipes and full-on failures have been increasing as these pipes begin to age out. Unless municipalities across the U.S. fully overhaul the drinking water system, safety and supply are at risk.

City planners, civil engineers, and water managers are beginning to seriously consider these challenges to the water supply system. Adaptation strategies are emerging that may accelerate the transition to more sustainable, safe, and equitable water supplies. Prominent strategies include planning for shortages, addressing contamination risks, and restructuring urban supply systems on a local scale.

Securing water supply systems requires planning for shortages. In the face of a shortage, managers can either find more water to increase supply or they can reduce demand. The best approach will be a highly localized decision.

A 2019 analysis published in Earth’s Future gauged the effectiveness of a few potential solutions for addressing water supply and demand across the United States. The researchers found that over 70 percent of U.S. watersheds could expect decreased water supplies under future climate scenarios. Furthermore, the highest demands for water occur in areas with the lowest supply levels like the Southwest and Great Plains. This study points to the devastating effects that could be seen across the United States if adaptation measures aren’t taken on local, regional, and national scales to plan ahead for water shortages.

To protect against shortages, the researchers examined conventional solutions that would shift consumption patterns in beneficial ways. In one example, their analysis suggested that reducing irrigation water, which accounts for up to 75 percent of water used in some parts of the country, may safeguard against these shortages. Other strategies include increasing groundwater and surface water use or increasing reservoir storage capacity.

While these conventional approaches could help in the short term, they do have drawbacks. For example, reducing irrigation potentially jeopardizes food security. Similarly, having a flowing river is an important safety net for catastrophic droughts and reducing these “in-stream flows” can be risky. However, these methods could alter usage patterns in the short term so water managers can address long-term problems that will eventually reduce the need for these conventional, high-risk water reallocation strategies.

In addition to planning for shortages on a watershed scale, it will be important to address aging infrastructure. A secure and reliable water supply requires a robust system to deliver water to end users. As populations grow and climate change adds stress to compromised infrastructure, securing the water supply pipes across the U.S. should be a priority for managers.

The U.S. Environmental Protection Agency estimates that nearly $475 billion will need to be invested in the drinking water infrastructure system over the next 20 years to secure supplies. The current system that funds infrastructure improvements, however, is inadequate. On a municipal scale, utility infrastructure improvements are funded by fees charged to end users, which may not generate enough revenue to fund expensive system-wide improvements. There are some federal subsidy programs but municipalities often have other priorities for these dollars.

Aging infrastructure also puts people at higher risk from waterborne diseases and contamination. In a 2018 article in Public Works Management and Policy, researchers highlighted the broad range of contaminants that can enter drinking water through broken and deteriorating pipes. Examples of this contamination include illnesses caused by bacteria such as E. coli or Salmonella or poisoning due to pipe materials.

Lead pipes, known sources of contamination, are often still found in communities around the U.S. Cities like Flint, Michigan are focusing their attention on environmental justice issues related to water supply and highlighting the dire need to improve the quality of drinking water nationwide. The researchers reinforce that today most illnesses from drinking water can be traced to deteriorating infrastructure, not to inadequately treated water. Replacing aging and dangerous supply pipes are important steps to protecting the health of communities nationwide.

Efficient use in the urban sector

After addressing watershed supply security and infrastructure upgrades, there is also an opportunity to shift water use and waste management at much smaller scales. In a 2016 Science study, Tove Larsen and a team of Swiss researchers explore emerging solutions to water challenges at neighborhood and household levels.

Larsen and her team underscored that current urban wastewater management strategies rely on huge quantities of water, large infrastructure investments, and long planning timeframes. These qualities have slowed many cities’ abilities to adapt to challenges such as climate change and population growth. The study recommends integrating water management across all sectors, being flexible to adaptation, and capitalizing on ecosystem-based approaches. Water supply systems should move toward providing sustainable water services instead of just providing more water.

The researchers further highlighted local adaptation strategies that can support these institutional shifts in water systems. Efficient use can be expanded at the household scale by adopting appliances that use less water. Expanding reuse of treated wastewater, such as using it for agricultural irrigation or groundwater recharge, could remove pressure on treatment systems by creating another option for some of the largest water users. If the agricultural sector had methods for accessing treated wastewater, for example, a significant portion of demand would be shifted away from the drinking water supply. California is already having success in this approach, as 61 percent of its reused water goes towards irrigation.

Moreover, Larsen emphasized separating sanitary wastewater into its components to reduce the burden on waste treatment plants. Currently, all wastewater from households is combined in the sewer system as it moves to the water treatment plant. If water from showers, laundry, and kitchen sinks was kept separate from toilet wastes, the lightly used or “greywater” could be used locally for activities like watering lawns.

While these approaches will help create more robust local water supply systems, Larsen and her team underscored the need for widespread reform of water systems. Moving to local, flexible systems will allow for innovation and adaptation as these systems continue to change into the future.

Policy makers have been averse to overhauling drinking water systems because the process is widely disruptive. However, forecasted water shortages and infrastructure failures could become even more disruptive to daily life. The United States can safeguard against future water crises by shifting consumption patterns, investing in long-term infrastructure improvements, and exploring creative local solutions for water use and management.