Remaking the West: A conversation with Justin Farrell about wealth and nature in Wyoming 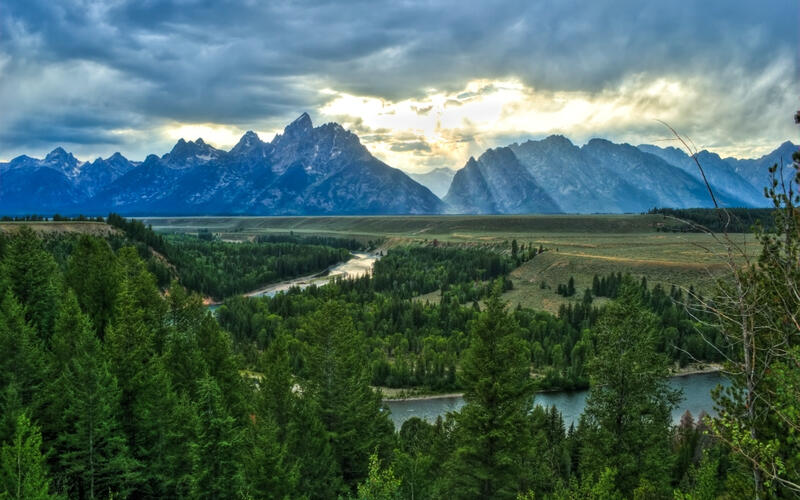 Even as a kid, Justin Farrell knew that big changes were afoot in his home state of Wyoming. “I saw it before my own eyes,” he reflected. “Seeing the wealth move in, seeing new hotels built next to my grandpa’s small condo. Those experiences really stuck with me.” Starting around the time he was born in the early 1980’s, Teton County, Wyoming was on its way to becoming one of the richest counties in the United States. Today, it has the highest per capita income of all 3,144 U.S. counties at $251,728. Manhattan is a distant second at $193,940.

But Farrell isn’t as interested in these statistics as he is in the lives of the ultra-wealthy people who are driving this change. “When you look at [research] on wealth concentration and income inequality, it is from this bird’s eye view of economic studies. I wanted to provide a resource that moves beyond these common presumptions about the rich toward a more evidence-based account. See life from the perspective of the ultra-wealthy themselves.”

Unlike the glossy annual reports produced by the 13 conservation nonprofits in Jackson, the epicenter of wealth in Teton County, Farrell wrote Billionaire Wilderness with a critical eye toward the far-reaching consequences of growing wealth disparity. “We need to take the human consequences of land use decisions and wealth inequality more seriously. Who is reaping the rewards of this protected land?” Farrell asks. Teton County is 97 percent protected public land, encompassing Grand Teton and parts of Yellowstone National Parks. Of the remaining 3 percent of privately-owned land, nearly all of it is developed or protected under a conservation easement, driving property values higher than the peaks of the spectacular Grand Tetons themselves.

In addition to increased property values, wealthy landowners are compensated with steep tax breaks for placing conservation easements on their land. The rich get richer while public agencies miss out on tax revenue. In addition, the working poor, many of whom serve these elite communities, struggle against rising costs and a severe housing shortage. Beyond these financial benefits, landowners also protect their priceless views, privacy, and peace-of-mind, shielding themselves from the real struggles of the less fortunate people in their community.

The ultra-rich also use their wealth to solve moral dilemmas about being wealthy. Many of the tech CEOs, Wall Street financiers, and oil magnates Farrell interviewed donate money to protect nature. Farrell found that the ultra-wealthy connect with nature through philanthropy in an effort to “recapture what was sacrificed along the way”– relationships with their community and family, health, moral character, and religious ideals. “I found them longing for this image of authenticity,” he reflected, “escaping the ‘real world’ and entering into this paradise that doesn’t have social problems.”

“I think some people can see [my book] as attacking the rich but I think that’s completely off base,” Farrell offers. In his book, he explores how environmental managers can work with the wealthy to realize the “immense public benefits and intrinsic value” of conserving land while improving life for the working poor.

For starters, Farrell suggests in his book that wealthy communities can “focus on using their money and power to reform policy”, such as eliminating tax shelters which disproportionately benefit the wealthy. The current tax system starves public agencies of funding that could sustain public lands and the working poor. Farrell suggests that these concrete steps begin with good-faith efforts to build trust and empathy among conservation groups, the working poor, and the ultra-wealthy, cultivating openness to meaningful collaboration.

The key to enacting environmental conservation in a manner that is just and authentic is to recognize that “all environmental work is political,” says Farrell. “Nearly any action taken relative to the environment is going to be have political implications and to pretend that’s not the case does more harm than good.”