The Perils and Promises of Urban Greening 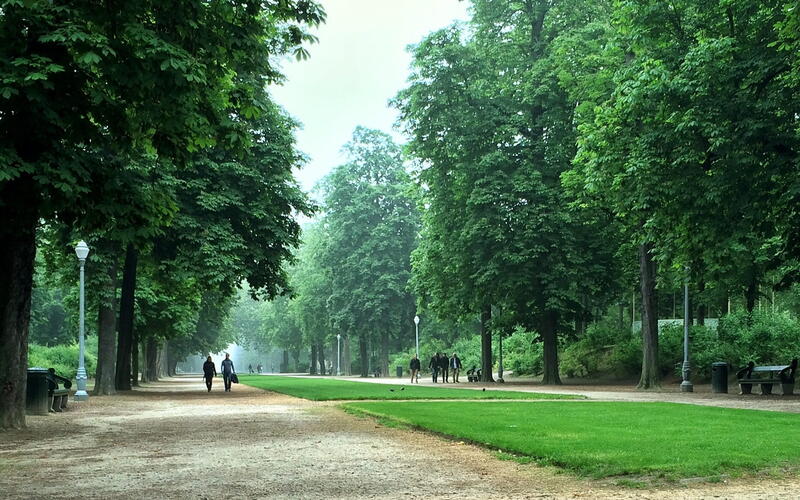 Rigolon, Alessandro, and Jeremy Nemeth. “Green Gentrification or ‘Just Green Enough’: Do Park Location, Size and Function Affect Whether a Place Gentrifies or Not?” Urban Studies (Edinburgh, Scotland) 57, no. 2 (2020): 402–20.

When I worked in a public park in Manhattan, we started our days at 6:30 in the morning which meant that for the better part of six years, I got to hear the birds greet the sun. For many of us, parks are a cherished part of our daily routines. During the pandemic, city-dwellers have relied even more heavily on green spaces as an escape from apartments that have come to serve as homes, classrooms, and offices. Parks make cities more livable in many ways; they are critical components of sustainable and climate resilient cities. Parks cool and clean the air, capture stormwater, and provide animal habitat. They are also associated with numerous health benefits to local residents including lower rates of anxiety and heart disease.

Unfortunately, not all city-dwellers benefit equally from green spaces. Throughout American cities, poor residents of color are less likely to have access to high-quality parks in their neighborhoods. An obvious solution to this problem would seem to be to build more parks in underserved neighborhoods.

But adding parks can lead to a troubling phenomenon dubbed ‘the green space paradox.’ The residents who historically have not had access to green spaces are also those most likely to be displaced when new green spaces are created in their neighborhoods.

High profile park development projects like the High Line in Manhattan, the 606 in Chicago and the BeltLine in Atlanta have offered important lessons about the gentrifying effects of parks. These projects reflect a nationwide trend of transforming existing transportation infrastructure into greenways. According to a study published this year in Urban Studies, linear parks are more likely than other park types to drive up real estate prices. The authors of the study, Dr. Alessandro Rigolon, at the University of Utah, and Dr. Jeremy Nemeth, at the University of Colorado, believe this is because linear parks serve a transportation function, enabling people to move from one part of town to another. Using metrics like increases in household income, percentage of residents with bachelor degrees, rent prices, and home values, Rigolon and Nemeth found that between 2008 and 2016 the likelihood of a census tract gentrifying increased by 145 percent when it was within half a mile of this type of project.

People continue to pay top dollar for proximity to greenways. For instance, another study published this year in Landscape and Urban Planning by researchers at Kenyon College, Dr. Katie Jo Black and Mallory Richards, found that homes within 80 meters of the High Line sell for about 35 percent more than those further away. It is important to note, though, that the average price of residential units in both the categories was over 1 million dollars. The neighborhoods around the High Line have been totally transformed over the past decade due to a confluence of factors besides the creation of the park. This extreme example of gentrification may not help predict more subtle patterns of gentrification playing out around the country.

Scholars are now turning their attention away from high profile projects and looking at city-wide patterns to better understand the relationship between parks and gentrification. In their study mentioned above, Rigolon and Nemeth looked at the function, size and location of parks built in ten American cities between 2000 and 2015. If, like the greenways mentioned above, the park served a transportation function, this component was a strong predictor of gentrification. Rigolon and Nemeth also tested the idea that small parks are less likely to spur gentrification than larger projects. Their results, however, show that park location, not park size was a stronger predictor of gentrification. Parks located near downtowns were more likely to be linked with gentrification, regardless of their size.

To increase understanding of the green space paradox across cities, Dr. Hamil Pearsall and Jillian Eller, from Temple University, undertook a fine-grained analysis of park features and neighborhoods across a single city. From 2000 to 2016, they studied the relationship between parks and gentrification patterns in Philadelphia. Since there was no clear consensus on indicators of gentrification, the authors selected different criteria than Rigolon and Nemeth.

Whereas both studies used median household income and bachelor’s degrees, Pearsall and Eller’s research used race (increase in the number of White residents) rather than rent or home values as a metric. They found that in Philadelphia, the creation of new parks corresponded to gentrification in neighborhoods adjacent to areas where gentrification was already underway.

Pearsall and Eller looked not only at gentrification patterns, but at park accessibility. Features that they used to measure accessibility included clearly marked entrances, lighting, bathrooms, and seating. Although all the green spaces were open to the public, they may not have felt like public spaces to every visitor. For example, previous studies have shown that video surveillance or security personnel could make a space feel unwelcoming.

The authors explored how three different combinations of park management and ownership related to park accessibility. The first type of park was publicly owned and managed by a ‘Friends’ group, the second type was publicly owned and privately operated, and the third type was privately owned and operated. They assessed each park for accessibility features, management strategies and qualities that either encouraged or discouraged use. The authors took into account numerous variables including litter, immediate surroundings, play structures, programming, microclimates and security. These variables interacted in complex ways.

Overall, the spaces operated by ‘Friends’ groups, which were frequently run by neighborhood residents, scored highest on accessibility and the privately owned and operated spaces scored lowest. The privately owned and operated spaces scored poorly overall because of their use of security cameras and personnel. Pearsall and Eller believed that surveillance and prominently posted rules could make these well-maintained spaces feel unwelcoming, despite the fact that they were more likely to offer facilities, like restrooms, than those spaces run by ‘Friends’ groups.

Understanding how a community uses public space is necessary to understanding whether a park will serve the needs of that community. Afterall, predicting the green space paradox – how the creation of a new park in a park-poor area may displace the very residents it is intended to benefit - is only the first step in creating equitable access to parks. Access is not only about proximity.

Nuanced measures of public space accessibility raise important questions about who benefits from the creation of green spaces and what cities are trying to achieve through green infrastructure. City planners must be clear about the intended function of a green space before attempting to predict how that space will actually function. Depending on the context, green spaces may improve climate resiliency, generate higher tax revenues, attract tourist dollars or serve the local community. It is unlikely that a single space can achieve all of these goals. If parks are meant to serve local communities, community members need to be involved in the process of developing green spaces that suit their needs. Transparent and democratic design processes may be a more promising solution to park inequity than simply adding more parks.