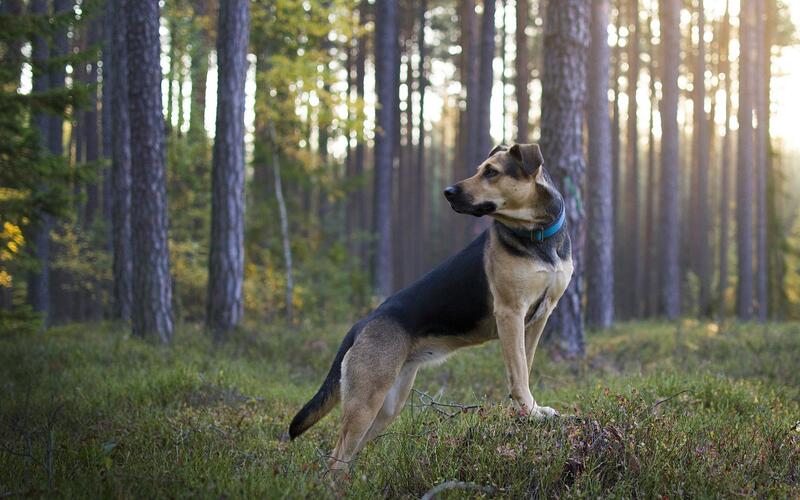 Loping along through riverside grasses, a wet nose sweeps along the ground. Amid the myriad smells, there is one that captures his attention. Coming upon the source of the smell, his handler inspects the scat, or poop, considering which animal might have left it. The handler is unsure, but for the detection dog it is an easy matter. The nose knows.

Trained detection dogs have been assisting field biologists in wildlife surveys for years. Particularly important to conservation efforts, these capable canines have proven themselves extremely useful in the study of invasive species. These are species that have been introduced to an area where they were not naturally found, such as the populations of American mink that are now happily roaming through Europe. A 2019 study published in Nature Conservation revealed a new level to the dogs’ potential. The researchers found that the dogs can distinguish between scat from closely related species that were fed identical diets, saving time and money for wildlife programs.

American mink have flourished in central Europe since their introduction in the early 1900s. Since then, the numbers of the endangered European mink have declined because both species are competing for the same food and resources. Conservationists are striving to control American mink populations, an effort that requires annual surveys of the animals’ range. Mostly active at night, mink are challenging to find, and biologists must rely on scat samples as evidence of their presence. Further complicating matters, the Eurasian otter is also found in this region. Since the mink and otter are close relatives, live in the same area, and are essentially eating the same things, the scat of one can easily be mistaken for the other. To confirm which species the sample came from, biologists usually depend on genetic analysis of the samples, adding significant time and cost to survey efforts. A group of researchers decided to test whether dogs could reliably differentiate mink and otter scat, even when they are consuming the same food source.

To put these pups to the test, captive individuals of both Eurasian otter and American mink were fed the exact same diet for two weeks, with researchers collecting and preserving scat samples throughout. These samples were then used to test the detection abilities of both the trained dogs and the biologists collecting the data in the field. The human team correctly identified the sample about 76 percent of the time. They didn’t come close, however, to their canine competition who were correct 97 percent of the time.

The next step was to test the dogs’ detection abilities in the wild. The teams working with dogs to hunt for scat found twice as many samples, covered more area, and completed the task twice as fast as the teams looking for scat without the dogs.

This research shows what a difference that dogs can make in conservation work. The increased efficiency in scat collection is a game-changer for wildlife biologists, who are often operating with limited resources. The use of detection dogs could drastically strengthen scientists’ understanding of the movements of the invasive American mink and allow creation of better management plans for their control. Dogs might just be conservation’s new best friend.