How much carbon from deforestation did you have for lunch? 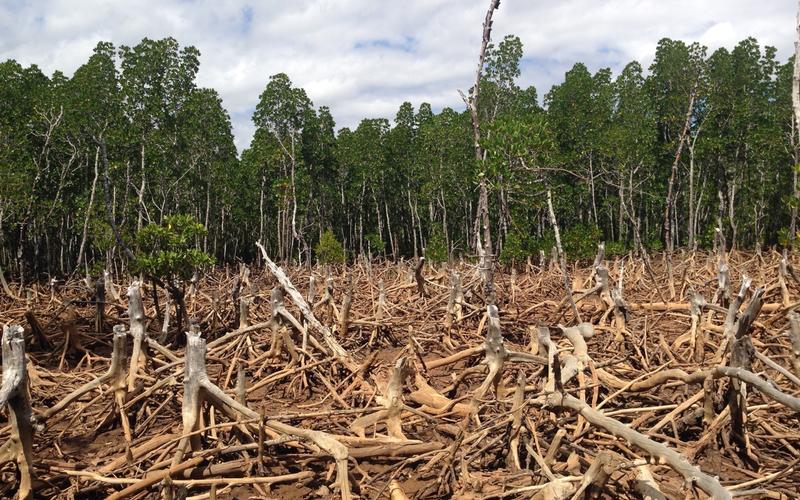 When we think about our carbon footprint, we usually think about the miles we traveled by car and plane or the energy used in our home. But the food we eat has a major impact on the climate as well. In many parts of the world, forests are cleared to make room for pastures and plantations. When that happens, the carbon once held in tree trunks, leaves, and soil is released into the atmosphere. To put this into perspective, between 2015 and 2017, deforestation produced more carbon emissions per year than 85 million cars would over a decade.

Much of the food grown in the tropics is exported and eaten by consumers thousands of miles away. The increasing demand for products like beef, soy, and palm oil in wealthy countries is directly related to the expansion of agricultural fields into forests in countries like Brazil and Indonesia. Because of this global demand, agriculture is one of the main drivers of deforestation.

But how much carbon emissions come from our favorite meals? A recent study published in the Journal of Cleaner Production tracked emissions from deforestation in food traded among 106 countries. From plantations in the tropics to the dining tables of consumers, scientists mapped the links between land use and the global trade in agricultural products on a scale that has never been done before. The researchers built a visual diagram of agricultural trade flows that tracked emissions from beef, soy, palm oil, and eight other commodities.

The findings bring interesting insights for consumers and policy makers. As consumers, although moving to a meatless diet can lower your carbon footprint, many vegetarian products contain cocoa, palm oil or soy, which are also big contributors to deforestation.

By mapping deforestation emissions driven by trade, the scientists identified a few concentrated trade routes responsible for most of these emissions.  For example, focusing on international markets of beef, which have high emissions and are largely exported, might be an effective way to address deforestation. With this knowledge, policy makers can target specific trade relationships and commodities within climate mitigation policy.