How can we sustainably meet food and water needs in the climate crisis? 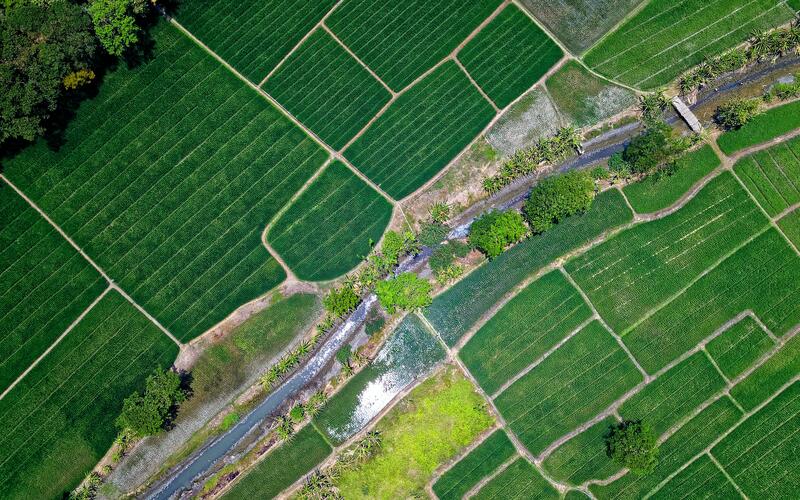 Water resources are critically threatened by a growing population and a warming climate. By 2050, the United Nations projects that the world population will exceed 9 billion people, increasing demand for both food and water. Meeting this increased food and water demand will be challenging no matter the circumstances. Climate change, however, further complicates the situation.

A new study in Nature Sustainability provides some insight on how we can sustainably meet human food and water needs while addressing climate change and protecting the environment. Using an interdisciplinary and integrated modeling approach, Dr. Amandine Pastor and her colleagues assessed the effects of different water management scenarios on land use, water use, food production, and trade. What they found should give us pause: under all scenarios, food production will need to at least double by 2050 to meet demand. This doubling is expected to come at the expense of water conservation and security, further exacerbated by changing rainfall patterns due to climate change.

China, the Middle East, and Northern Africa are a few regions that are expected to experience reduced rainfall while other regions such as Southeast Asia and Latin America are expected to see more. Based on moderate estimates for these changes, international trade of food crops would need to triple to meet global food demand. As our climate changes, trade is expected to flow from wet and water-rich regions to drier and water-scarce regions. To accommodate this shift in global supply and demand, the authors estimate that, without shifts in food production and diets, forested land approximately the size of India would need to be converted for agriculture. The majority of the deforestation and land conversion is projected to occur in Latin America.

To stave off deforestation, the authors suggest increasing the intensity of agricultural production through technological improvements. These include switching to rainfed and drought-resistant crops and adopting new technologies in Africa, Asia, and Latin America. Pastor and her colleagues recommend redistributing production areas rather than increasing the amount of cropland. However, the authors caution that agricultural intensification can lead to environmental harms such as pollution of water sources from agricultural chemicals.

The redistribution of cropland will require an unprecedented amount of political will and cooperation. Furthermore, while they anticipate that trade can play a critical role in ensuring food security and managing water use, the authors are also aware that unmoderated trade could result in unsustainable agricultural production practices where environmental regulation is poor. This would concentrate the consequences of increased food demand in the poorly regulated countries.

This study provides insights into the complex relationships between climate change, food production, water conservation, and trade. The findings reflect a complicated and messy world where a host of difficult choices need to be made by individuals, communities, and governments. The unequal distribution of climate impacts and trade growth highlight the need for further international collaboration and cooperation to address the climate crisis.